Championing esports in the UK

With esports growing fast, there are opportunities for broadcasters to get involved, the head of games trade body Ukie Dr Jo Twist tells IBC365.

Dr Jo Twist OBE, the head of games trade body Ukie (UK Interactive Entertainment), is very clear about the potential for esports – and wants the government and broadcasters to know about it. 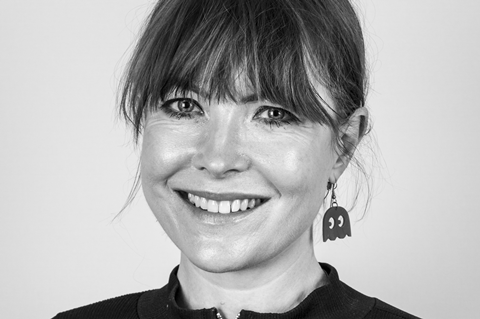 “Esports presents a huge opportunity to the UK,” she says. “The market will continue to grow and develop naturally, but the combined commitment of the government, the industry and broadcasters would see the sector’s audience, talent pool and infrastructure evolve in a way that is multinational in nature, inclusive, and lucrative.”

Before being made CEO of Ukie in 2012, Twist was Channel 4’s Commissioning Editor for Education and worked for the BBC before that, and so is acutely aware of many of the issues surrounding the interface of esports and broadcast.

She was awarded an OBE for services to the creative industries in 2016, and in July this year was made Chair of the BAFTA Games Committee.

Esports is a steadily increasing part of her brief at Ukie, which has put a lot of effort into trying to persuade legislators that they need to create an environment for it to grow and flourish.

“Lots of policy makers are interested in the potential of esports as it offers huge opportunities across the UK in job creation, local economic growth, tourism, new skills development, and in giving a clear signal to the world about our ambitions around technology, innovation and creativity,” she says.

Ukie was behind the influential esports whitepaper: Growing the UK as an esports hub, which was launched two years ago and features a raft of recommendations aimed at ensuring that the vibrant UK games sector plays a full part in the international growth of esports.

“We recently held the first ever esports event to happen in the Houses of Parliament - a real sign of the interest from politicians.”

Broadcast is an important part of the push for growth too. YouTube and Twitch dominate the industry, but broadcasters are steadily ramping up activity in the sector. The global esports audience is already counted in the hundreds of millions and it is teetering on the verge of becoming a billion-pound industry within the next year or two. These figures tend to concentrate the mind.

“The success of esports has already attracted the likes of big broadcasters such as Sky and ITV, who joined up with sports channel Ginx to launch 24-hour station Ginx esports TV,” says Twist.

“Lots of policy makers are interested in the potential of esports as it offers huge opportunities across the UK in job creation, local economic growth, tourism, new skills development.”

“Even the likes of ESPN, TBS, BBC and BT Sport have been broadcasting esports games too. US media conglomerates such as Disney, Comcast, and AT&T are looking into content rights for esports. It’s great to see this convergence of the traditional media and esports; it’s both future-proofing the former and helping the latter to reach wider audiences. With esports’ potential, it’s only natural that broadcasters will want to adapt their services to reach the esports demographic.”

Twist is confident that broadcasters bring something new to the esports table. She cites broadcaster resources and diverse skill sets which can increase production values, advertising revenues, and the prize pots (there is a definite fiscal element to the most successful competitions) currently on offer. All of this will ultimately widen the audience.

“Twitch and YouTube provide esports events with a great platform for coverage, and big esports tournaments now already have very high production values,” she says. “However, partnering with broadcasters or getting events televised could further diversify viewership demographics.”

“Esports’ UK audience is currently forecast to grow by 7.5% year on year,” Twist continues. “To maintain this growth, it’s important to be building awareness of esports, and mainstream broadcasters can help fuel this growth and further demonstrate its potential.”

Diversity is one of the key metrics for Ukie and is a word that crops up repeatedly. “It is a particularly important to focus on increasing diverse participation in esports,” she says. “Women make up 31% of the audience – a number that will continue to grow — and the industry is working very hard to ensure esports reflects the inclusive ethos of esports.”

“The success of esports has already attracted the likes of big broadcasters such as Sky and ITV, who joined up with sports channel Ginx to launch 24-hour station Ginx esports TV.”

Growth is not, however, a given. Figures suggest that only around 6% of people in the UK who are aware of esports actually watch it more than a couple of times a month, and Twist lists a range of measures that need to be implemented to ease that figure upwards. Faster broadband is going to be essential — this is not a passive audience, after all, it is one of players themselves — as are more high-profile tournaments, a visible increase in diversity, more grassroots participation, and greater reach.

Reach is, of course, one of the things broadcast is best at, so maybe the deepening relationship between the two is possibly a little more symbiotic than it is tempting to think of it at first glance. There is also an evolution underway towards more broadcast-friendly formats, with shorter, faster (and arguably simpler to explain) games such as Streetfighter starting to appear on the tournament schedules.

“Esports is an extremely diverse sector with a spectrum of games and events within it that means that there are games for everyone,” says Twist. “As esports continues to evolve, particularly in the mobile space, more games will be created, played and watched by an ever-growing global audience. As esports continues to grow so will the appetite for new games and genres.”

Twist cautions broadcasters that the audience they’re chasing with esports is both young and tech savvy. It wouldn’t make sense to not stream an event as well as televising it, for example. The opportunities, however, are definitely there to grab.

According to widely cited figures from Newzoo, audience numbers are projected to grow from 395 million people in 2016 to 580 million by 2021. Furthermore, digital advertising in esports will increase to £12m by 2021, a CAGR of 46.2%. “These stats should shine a light on esports’ potential and profitability, thus it should not be ignored.”