Live events are an opportunity for publishers to engage with their audiences, try out new technologies and innovate, says M2A Media CEO Marina Kalkanis.

When and how was M2A Media established?
M2A Media was founded in 2016 by myself and Marcus Box – two senior leaders from the BBC responsible for building the first large-scale online video workflow running entirely in AWS Public Cloud. The company started life with five experienced AWS engineers joining us to build cloud workflows. We ran everything on a minimal budget using a co-working space in East London and doing everything ourselves. During the initial 12 months we took on turnkey AWS engineering projects to fund the development of our first-generation products. 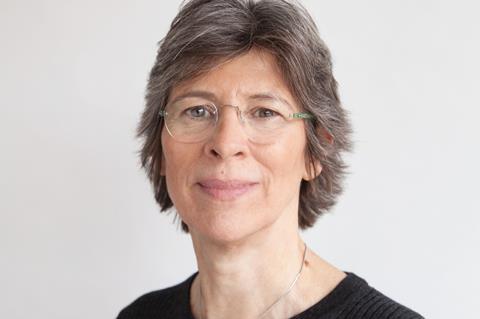 What were the first products and projects?
Our first video workflow project was Live Capture for Channel 4. At the end of 2015, Channel 4 won the free-to-air broadcast rights for Formula One starting with the 2016 season. Channel 4 already had an online live streaming service for the F1, but delivering the catchup media for the races could take up to 12 hours.

M2A Media’s first project was to enable Channel 4 to deliver catchup media within 30 minutes of the end of the race.

Work on Live Capture for Channel 4 started in April 2016 and was first used live for the British Grand Prix on July 10. The Live Capture service allowed Channel 4 to trim all the adverts from live content and deliver assets in 10 different combinations of DRM and packaging to cover all the owned and operated platforms.

What are the technological advances that have enabled the delivery of on demand content?
When we migrated the BBC online workflow to AWS Public Cloud we started with the live capture of the 6:30pm regional news programmes.

Where previously it could take 12 hours to complete these 18 simultaneous live encodes using on-premise equipment, we could use the on-demand scale of cloud resource to complete all jobs within an hour.

So overspending on equipment to relieve bottlenecks or to have hot spares available was no longer an issue.

A common standard for Fragmented MP4 also simplifies workflows, as does common encryption. I think HTML5 video playback is perhaps the biggest leap forward as it has forced an agenda of common standards.

Finally the adoption of microservice architectures running on public cloud introduces a level of agility that had never been possible previously. An example of this was our ability to have a service live for Channel 4 within weeks.

What role does live content play in a broadcaster/platforms mix of content?
For platforms and broadcasters live content brings in big audiences both to SVOD and AVOD services. We’ve seen our customers really boost signups and online viewer numbers with big live events, from major sporting events like The World Cup, to celebrity events like The Royal Wedding, and live reality TV shows like Love Island.

Being swept up in a live event is always very popular and works across all genres. While there are very successful platforms (like Netflix) that don’t offer any live events, most platforms are adding live events and finding they bring in longer viewing times, which translates to larger ad revenues.

Live events can also give publishers opportunities to engage with their audiences, to try out new technologies, and to innovate with the user experience.

Delivering a 10-hour asset within minutes of the event ending is challenging. And if this is done with high bit-rates and with lots of different encoding profiles the processing required can grow exponentially.

The other challenge is that live events of these durations can often overlap in the schedule.

Using cloud processing is the only practical way to solve these problems. The ability to allocate hundreds of compute nodes to process content in parallel, and only pay for the minutes used, makes it affordable to deliver even the longest live events as VoD in minutes.

What is fuelling the rise in direct to consumer offerings?
I see two major drivers here. The first is the speed of innovation in online video technology: new formats, AI-enhanced experiences, low latency, personalised playlists, voice interfaces and targeted advertising. All of these things enhance the viewer’s experience of online video and generate the opportunities for publishers to deliver personalised advertising.

Without direct to consumer offerings, content owners find it difficult to differentiate themselves online and to stay at the forefront of the technology trends.

The second drive is package unbundling. Rather than choosing a single pay TV provider and bundle, consumers are opting to subscribe to several packages to get the specialist content they want.

What kind of requests/demand are you receiving from clients?
Low latency live streaming is a common request where clients are looking for latency even as low as under 3 seconds.

Per title and per event encode tuning is also popular to optimise bit-rate efficiency and deliver higher video quality.

Advert and promo insertion is another common request. Frame accurate manipulation of live streams, both for content insertion and for live capture, is something that all our customers ask for.

After that, the biggest concern is automation and APIs to make it easy to integrate into our services and to remove manual steps from the workflows.

Finally, some career reflections… What was your first job in the media industry, and what would you say has been your career high point to date?
My first job in the media industry was in 2003 as a software engineer working on a BBC Technology service that delivered mp4 clips to feature phones. This was in the days before smartphones, and the mp4s that were only seconds in duration had to be downloaded to be viewed.

The system integrated with Quantel edit suites where editors clipped three-minute highlights from football broadcasts, which were then encoded to mp4s and sent to the Hutchinson Three network for download to phones.

I remember at the time how excited people were to see sports clips on their phones. When you played video on the phones the batteries would go flat in under an hour! In under four years, we were launching iPlayer and a year later delivering it on iPhones.

My career high was working on delivering the 2012 Olympics at the BBC. It isn’t often you get to work on projects that have such focus, scope and audience.

The scale of ambition across the organisation was incredible. The BBC took the brave decision to innovate in many areas of technology for the occasion and we were able to engage our suppliers to contribute new features. The teamwork and the commitment everyone put in was extraordinary.

Finally, it all paid off with a roaring success and was something that everyone in the UK could appreciate and enjoy.