Antenna Group is an Athens-based multinational broadcaster with a very strong presence in Greece (with its ANT1 free-to-air channel) as well as radio stations, and channels in Serbia, Montenegro, Slovenia and Romania. Its media investments include broadband services, publishing, music labels, and even a credit card business. IBC365 speaks to Antenna Group Managing Director Peter Smith.

The Group is extremely modern. Established only in 1989 – in radio - by Minos Kyriakou and now run by his son Theo. It is now Greece’s largest media player and is still expanding. 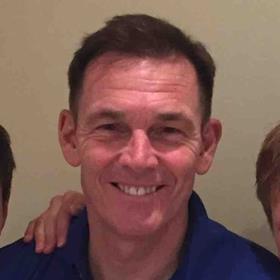 The company acquired the underperforming assets of Fox Televizija Serbia from News Corp in 2010 and initiated a restructuring and rebranding that turned around the company into the market leader within 14 months. It operated in a similar savvy fashion when it acquired Nova Television Bulgaria for $3 million in 2000. When this was sold in 2008 for $970 million, it represented one of the largest returns on investment ever achieved by a European media company. The Group has some 2200 staff.

“The challenge over the past 4 or 5 years has been to interest and keep our viewers happy while trimming budgets to affordable levels. At the same time, you know that you are losing younger viewers to on-line.

”Nevertheless, I firmly believe that Greece’s overall fortunes are turning positive and that’s got to be good news for everyone. Now it is back to old-fashioned challenges: keeping your share, creating compelling programmes and staying ahead of the competition.  But it is all good for the viewer,” adds Smith.

And Antenna is fighting back where it matters with viewing loyalty. Smith explains: “We have still managed to produce plenty of local content in all the markets, although we are just now investing in a major drama that we believe could well have global appeal. The drama is called ‘BESA’ and will appear.

“BESA” or Code of Honour
UK award-winning writer Tony Jordan is working with Antenna Group on what is described as an ‘Albanian mafia thriller in the style of Gomorrah’. Antenna says it is selling ‘BESA’ internationally, with the pre-sales effort already underway at MipTV in April. Shooting started on the 12-part drama in Montenegro in April and then Croatia and Serbia with delivery to broadcasters slated for this autumn. 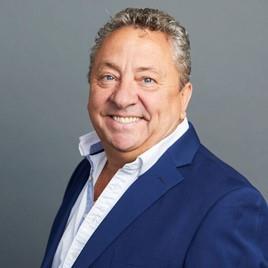 Jordan will be the showrunner and Executive Producer for ‘BESA’ and will co-produce the drama. Jordan has a long list of acclaimed credits, not least ‘EastEnders’, ‘Hustle’ and ‘Life on Mars’.

Antenna’s PRVA channel in Serbia, Planet TV in Slovenia, and RTL in Croatia will air the series as well as on the home channel. It will also air on the Antenna services in the USA and Australia.

”We have hopes that the series will do well, and will continue into a second series and perhaps beyond. We also have plans for fresh productions out of Greece. We are helped by the very good value for money that we can achieve by shooting in this part of the world.

”Our first requirement is the script and a high-quality writer, and by using local production skills we can keep budgets to around $200,000 an hour more or less. This compares with $1.5 million to $2 million for a typical UK drama and most major European countries.

”But we need quality on the screen, but these budgets don’t yet allow us to shoot – or post – in UHD. Next time!”

“Our biggest problem has been in getting writers to come aboard and to give us the ideas that will break through. We all want really strong thrillers, and they are not commonplace as we all know, and have a global appeal.

”There are plenty of folk about who can write a nice, local soap, but very few top-flight Americans who can deliver a global hit. Then, as you get into smaller countries like ours, the talent and creative pool gets very thin. By bringing Tony Jordan aboard, and having him work with our local boys and girls, we hope some of that talent will rub off.”

“As for today’s productions, we have been reasonably successful with our local soaps and game shows which continue to do well. Same with our popular morning shows, and news. We will continue to put cash into these local shows, but with ‘BESA’ we think this is a potential model for the future, and our ambition.

”If it works you’ll see more investment made in this area. But we know we must achieve high-quality, hence the increased budgets, and we are also part of the Atrium commissioning club where we hope to see a real benefit flow to the channel, with primetime benefits from the Atrium productions.”

“We can really show the world a show that works,” says Smith. “The benefits that could then flow into the wider Balkan region in terms of production expertise and craft skills are obvious. Skilled screws, and a few tax credits, and a half-decent hotel to accommodate the cast and you are in business.”

Smith says that ratings are always key, in whatever market Antenna is operating. “The scheduling of programmes is always a challenge as any broadcaster knows. Secondarily, we are all hoping for great things from this first swing into high-end drama. Hopefully it will all work out.

”The final piece of the puzzle, and one that we are taking a close look at is VoD and are there business models which work in smaller markets such as ours. And they must be profitable. We know we are not Netflix, and do not have a bottomless pit of cash, but we are prepared for a fight and our portfolio of programming is good. Thankfully, we are not a priority market for Netflix so have a little time but we are far from complacent.

We also know that our viewers prefer local programming, traditional programming, and have a huge fondness for our output. In other words, I think we have an opportunity.”