Thomas Jacques, chief technology officer at TF1, shares his insights on the merits of make-or-buy and the advantages of hard deadlines and reveals what keeps him awake at night. 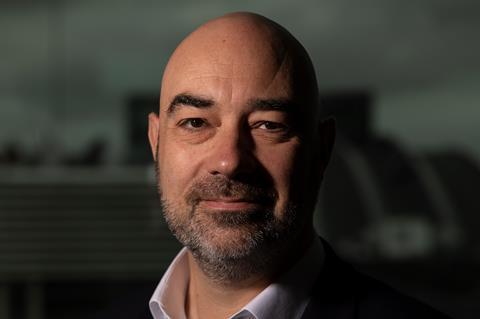 Thomas Jacques is the embodiment of the proverbial new broom. In October 2018, French free-to-air broadcaster TF1 hired him to overhaul its IT systems, as several years of concentrating on costs began giving way to a focus on investment.

In fact, Jacques is an old hand as well as a new broom, having been TF1’s head of finance, head of innovation and head of strategy before leaving to spend six years at Google. Now back at the old firm, he and his IT and broadcast engineering teams are incredibly busy.

“Our main challenge at the moment is that we’re dealing with three workstreams at the same time,” says Jacques. “First, we have several large projects that are just the tech side of wider enterprise transformation projects. Second, like many broadcasters, we have a huge legacy to deal with, and the technical debt that goes with it, that needs to be addressed. Third, as a company, we’re accelerating our digital transformation, and in many cases re-thinking entire workflows, and we have to enable that with the right collaboration and productivity tools.”

All TF1’s transformational projects have something in common, says Jacques. “They’re about breaking silos, most importantly between linear and digital. Our core IT and broadcasting systems (scheduling, rights management, playout, newsroom, advertising) were designed when TF1 was almost entirely about one premium, free-to-air channel. Our new systems will be content-centric and allow us to run our eight linear channels and our digital products seamlessly and consistently on all devices.

“We also have to guarantee the consistency and sustainability of our technological choices. We’re in the process of issuing tech guidelines that will shape our target infrastructure. One key guideline will be, SaaS-first/cloud-first. Over the next couple of years, we’re moving 95% of our applications to the public cloud. It’s not at all a lift-and-shift project though. We see it as an unmissable chance to re-think our entire architecture, build stronger APIs and seize the opportunities offered by PaaS [platform-as-a-service].”

Jacques and his team are also very conscious of the user experience. “Obviously that means the UX of our consumer products, but also of our internal teams,” he says. “We’ve hired a dedicated team and they’re now involved in every large project, to bring a user-centric view of workflows and user interfaces.

Secret sauce
Having all of this front-of-mind makes Jacques an ideal panellist for the IBC discussion session on ‘Secrets of Implementing Successful Technology Projects’, which sets out to address what it calls the worryingly high failure rate of media technology projects.

Jacques is not, in fact, convinced that failure rates are any higher in media companies than in other industries, and believes that many of the key dangers are generic.

“As for challenges specific to the broadcast industry, one that’s worth noting is the zero-defect culture that prevails in linear television. The one thing that really keeps me awake at night is the event of a ‘black screen’, or a major playout issue on one of our linear channels, and I know it’s the same for any of my peers in the industry. Of course, it’s driven by end-user expectations, and it’s interesting to see how these vary across devices, and across linear vs. non-linear services. Your laptop drops WiFi from time to time? Fair enough. An app crashes on your phone? Well, that’s life. But start getting audio glitches mid-way through the evening news show, and you’re out there posting #wtf tweets in a matter of minutes – at least some users are.

“This expectation of a flawless experience is, of course, something we’ve learned to live with, and should actually be proud of, as it contributes to set linear TV apart from digital media. Yet it clearly adds a layer of complexity to everything we do. There’s no such thing as a beta version of a live show, and that means, for example, that our production teams can’t afford a learning curve, they need to hit the ground running with every launch of our systems. This leads to understandable anxiety among our internal users and requires extremely careful change management.

‘What’s the point using the best tech if you can’t get it to meet your evolving needs?’

“We also tend to focus a lot on preventing human mistakes by building many safeguards into the tools – sometimes too many of them.”

In other ways, however, the pressures of broadcasting can work in an IT team’s favour. “It helps to have an external, non-negotiable deadline, such as a publicly announced launch date or a regulatory milestone,” says Jacques. “It increases the momentum – we have a strong culture of achievement – and more importantly it also forces us to keep things simple and make the right trade-offs.”

Jacques highlights two critical success factors for technology projects. “Generally speaking, I’m extremely careful about make-or-buy decisions,” he says. “Of course, we use as many off-the-shelf solutions as we can, and I appreciate how outdated it now sounds for a broadcaster to engage in building proprietary stuff from scratch. But on the other hand, people tend to overestimate the customisability of ready-made solutions, and/or underestimate users’ appetite for change.

“In extreme cases, you may well go for something ‘ready-made’ and then spend an awful lot on custom features, configuration and interfaces with legacy systems – so much that your total cost might exceed that of proprietary software. And you might have little functional benefit at the end of the day, since new product features only roll out to customers who have managed to stick close enough to the mainline product.

“Another thing I challenge my team about is suppliers’ and tech partners’ capacity for technical support and professional services. We use a handful of products that are unanimously praised as best-in-class in terms of features and reliability, but whose manufacturers are simply not able to support our projects in the long run. What’s the point using the best tech if you can’t get it to meet your evolving needs?”

“As one of the historical broadcasters in Europe, our biggest challenge in the coming years will be to reinforce our relationship to and knowledge of our viewers, leveraging data and analytics,” says Jacques. “We need to catch their attention and earn their interest in a context of ridiculous abundance of content. Our other key area of focus is our ability to distribute our content with the best possible user experience across all devices and use cases.”

Despite all the challenges, however (or, perhaps, because of them), Jacques believes it is an exciting time to be working in the media industry.

“Everybody is rushing to meet evolving consumer behaviours and offer innovative user experiences, in the context of many new players rolling out direct-to-consumer strategies,” he says. “‘Content is king’ more than ever, and we’re facing the rise of global players with seemingly unlimited financial and technical resources. With many global players now spanning across the entire value chain from content production to distribution and digital, we can probably expect another wave of jumbo M&A deals.”

Thomas Jacques will be speaking at the Secrets of implementing successful technology projects session at The Forum on Tuesday 17 September.