With the pandemic providing a catalyst for change in many areas of production, newly appointed Grass Valley CEO Andrew Cross hails a “hugely exciting time” in the history of M&E.

It is immediately clear how much significance Andrew Cross attaches to his new role as CEO of Grass Valley when he tells you that it marks his first change of employer in nearly a quarter of a century. “I joined NewTek and worked there for 23 years, including through the acquisition by Vizrt [in 2019),” he says. “So it’s the first time that I have ever moved to another company, which says a lot about the fantastic opportunities I see at Grass Valley.” 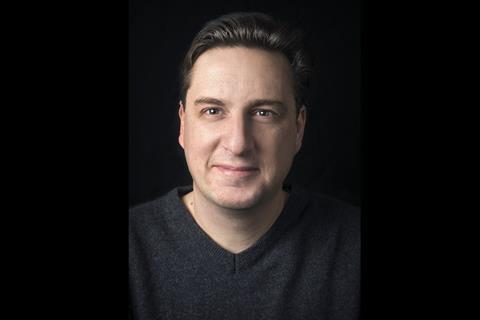 Of course, it can’t hurt that GV has lately passed through a period of renewal that has strengthened its positioning in live production (hence the new tagline of ‘We Love Live’) and established a clear profile for its GV Media Universe (GVMU) vision. Developed to suit media companies at whatever stage they have reached on the journey to the cloud, GVMU enables customers to combine on-premise, hybrid and public cloud technologies to build live production environments that can evolve as requirements change.

“The way that Grass Valley has done things is so smart because it means you can operate on-premise, off-premise, or a combination of both,” observes Cross, who was previously president of global R&D across all three brands in the Vizrt Group (Vizrt, NewTek and NDI). “So, for example, you could start building a workflow today that is fully on-premise, but then move parts of it into the cloud as and when you want. There is no need to go and learn an entirely new workflow.” It all speaks to a philosophy of technological progress that perceives “a path [of change] rather than [separate] steps”.

Nonetheless, the long-term trend away from on-premise-oriented infrastructure towards an IP-driven, cloud-centric approach is in little doubt. Invited to consider how far GV customers have reached in this trajectory, Cross says: “That is a great question to ask. The answer is that people are at different points. For instance, I would suggest that probably 90% haven’t moved completely to IP yet.” With the cloud, “a lot of people have moved [some aspects of production] there, or are thinking about doing so.”

“It can be tempting to say ‘cloud cloud cloud’ when in reality it is the path to the cloud that is really important,” Andrew Cross, Grass Valley

Given that the industry is still at a fairly formative point in what will be a profound long-term change, it makes sense that Cross is keen to be as inclusive as possible. “It can be tempting to say ‘cloud cloud cloud’ when in reality it is the path to the cloud that is really important,” he says. Focusing overly on the cloud is “a bit like having electric cars but not paying enough attention to how people are going to charge them.” 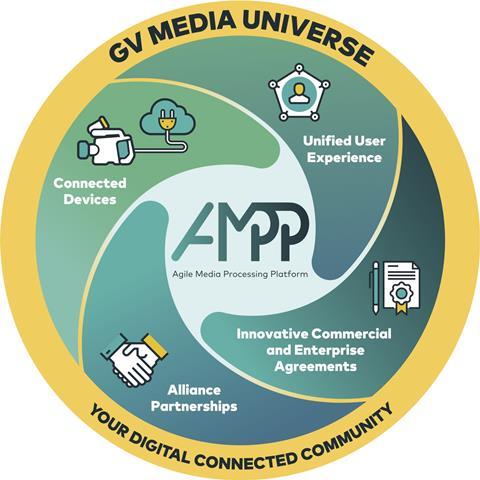 Like many in the industry, he voices the belief that the pandemic has accelerated several developments that were already in progress before Covid-19. “Definitely – in fact, I have given whole presentations about this,” enthuses Cross. “Before the pandemic I think that a lot of people would have said the migration to IP would take 10 years, but in some cases it has happened in just two.”

“The benefits in efficiency of producing things live are so great that it is impacting on lots of other areas,” Andrew Cross, Grass Valley

Meanwhile, with disaster recovery and business continuity a growing priority for media worldwide, it’s likely that these areas will increasingly provide the focus of customers’ initial interactions with the cloud. There are plenty of companies, indicates Cross, “whose first move is to look at cloud-based disaster recovery solutions – ie, they will want to see if they can run a show in the cloud and have that be a backup to the [existing on-premise infrastructure]”. Aside from disaster recovery, there is also a trend in favour of “secondary shows, ‘after show’ events or coverage of smaller sports leagues” being produced in the cloud as a way of refining processes ahead of more comprehensive migration at a later date.

As well as providing additional impetus for technological change, Cross thinks that recent events have inspired some welcome creativity around the actual content. Citing news programming where lockdown conditions led to a greater range of interviewees being brought into shows remotely, he says: “There have been changes to formats and the ways in which shows are produced that are really positive. There’s no longer a big focus on who you can get to actually come into the studio – instead you can involve contributors no matter where they might be located.” 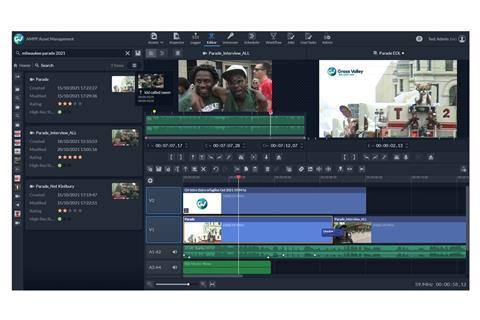 The flexibility that this approach brings is also bound to impact positively on what Cross pinpoints as a continuing trend towards capturing more shows as-live – even if that doesn’t necessarily mean they are live-to-air. “One of the reasons that live production is so exciting is that the efficiency gains are beyond any other,” he says. “So if you take a [traditional] game show production you might be looking at a few hours of filming followed by a day or two of editing at least. If you do a one-hour show live, then it takes one hour! The benefits in efficiency of producing things live are so great that it is impacting on lots of other areas other than those which are normally considered [as being part of live production].”

There are also business-oriented developments that are being watched with considerable interest, including the move by some sports federations to take at least part of their content production in-house. While the main event coverage – at least for now – tends to remain with traditional broadcast rights holders, it’s certainly the case that more organisations are going direct-to-consumer with auxiliary content. 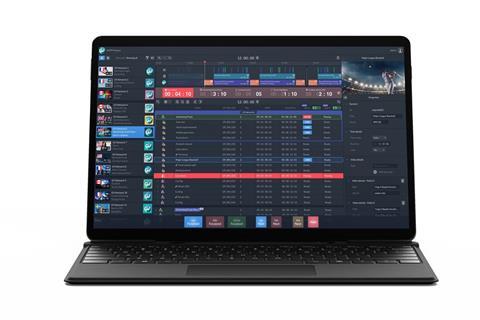 “I think that we are at a very interesting point in the history [of broadcasting],” says Cross. “There are changes occurring that would not have been considered a few years ago. The move by some organisations to start producing their own content is one example, but I think you will also see more production taking place [locally/regionally]. The barrier to creating great content has been dropped and that is very exciting for the business as a whole.”

With the GVMU ecosystem continuing to evolve and attract new partners, Cross is confident that GV is ready to support an “industry where the whole dynamics of who is buying from who, and how it’s produced and delivered are changing – sometimes in ways we don’t fully know yet. It makes for a thrilling time to be starting in this role.”