Ultra HD and VR might make all the headlines but when it comes to pushing the boundaries of sports production, but better use of data and artificial intelligence are likely to be the big winners, suggests David Shield.

Wandering the halls of the RAI during IBC you’d be forgiven for assuming that sports production - and televised sport in general - was about to be transformed by either virtual reality (VR) or a step-change in picture or sound quality. 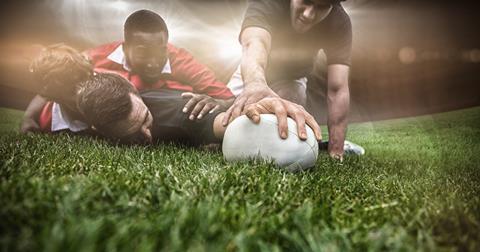 But while these headline-making advances in technology will doubtless have some impact on sports production, there are others that may be more influential.

That is certainly the view of David Shield, Senior Vice President and Global Director of Engineering and Technology for IMG’s sports production division.

During an illustrious career, Shield has overseen coverage of, among other things, Premier League football, the Rugby World Cup and the Wimbledon tennis championships and worked on both the Commonwealth Games and the Paralympic Games.

Shield appreciates the strengths and weaknesses of VR, HDR, HFR et al, but when it comes to having a major impact on sports production, he believes data and artificial intelligence (AI) are the star players.

“There is lots of data out there that we haven’t got access to yet, which sports coaches are using, that could make a huge difference,” he says.

“GPS receivers on rugby players, for example, provide speed to the breakdown and a player’s heart rate. Coaches are now making substitution decisions based on this data. I think that the audience would be very interested to know some of that.”

“You can learn something about just every shot in the rally,” he continues. “That kind of data is ripe to be harvested. The key for producers is finding interesting and meaningful ways to display it on-screen.”

Adopting AI could be equally influential, he says, and not just in terms of line calls in tennis or goal-line technology in football.

“With video recognition software, you can analyse pictures and determine a huge amount from them. At Wimbledon this year, IBM were doing automated clip creation. Interesting rallies were packaged up based entirely on the say so of a computer - no producer was involved. The computer had learnt what made a good rally.”

Logging is another area that could benefit from AI.

“For archive logging, there is a need for more detail. It’s quite time-consuming for a logger to capture every occasion that a player kicks a ball or plays a shot during a match. A computer could do that instead.”

Shield is also convinced that computers can learn some of the techniques used by camera people.

By using data gathered from tracking a football across the full length of a pitch, a computer can start to emulate certain camera moves: zooming in as the ball travels away from the camera and zooming out as the ball comes towards it.

“That is how we’re used to seeing it done,” he says, “But with AI a computer decides, not a human. This whole science opens up huge possibilities.”

So, should camera operators be worried? Shield doesn’t think so.

“We will probably always have 25 cameramen around a Premier League football match but at League 2 level, for example, we could have automated remote coverage with fixed cameras that would be difficult to distinguish from a fully produced game.

“Rather than put anyone out of a job, AI should democratise the amount of coverage we get and help to bring down the cost of high-quality production.” 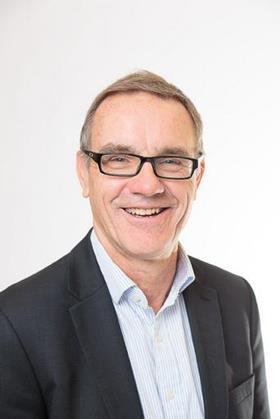 Shield is currently SVP, Global Director of Engineering and Technology for IMG Media. After a spell at BBC Television Centre he joined Champion TV, formed to provide the UK’s first satellite sports channel on BSB, as Head of Sound.

He later joined IMG as Technical Operations Manager and was promoted to SVP in 1999. He has overseen the continued expansion of IMG’s studio and post production facilities culminating in their move to IMG Studios in 2013. IMG Studios is London’s largest facility owned by an independent production company.

Shield has greatly expanded the distribution business of IMG Media which includes Premier League Football, Rugby World Cup and Wimbledon amongst many other properties.

Shield was part of the team to stage the Commonwealth Games in Melbourne in 2006 and was Head of Production Facilities for the Asian Games in Doha in 2006. He has recently managed production facilities for the Asian Winter Games in Kazakhstan and the 2011 RWC in New Zealand. He was technical producer for CH4’s coverage of the Paralympic Games in 2012. He is project director for the RWC 2019 finals in Japan.