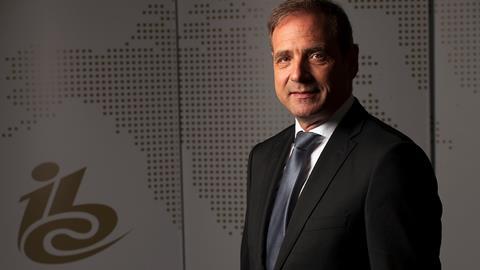 Sky Deutschland is changing from a sports and film-orientated broadcaster towards a fully-fledged family entertainment company. CEO Carsten Schmidt explains how.

“The scene is 1929, a very interesting political environment - Berlin was a boiling pot – there was aspiration and ambition for Germans to climb the social ladder and determination to improve living standards. It’s not a time that has been seen very much on screen. It will mark our card as a content producer in Germany,” he says.

The series, which Sky is realising in partnership with ARD/Degeto, Beta and X Filme, is based on a set of crime novels by Volker Kutscher. It is bold, ambitious, high stakes stuff – and neatly sums up Sky Deutschland’s drive to become the number one series producer in German pay TV.

“It will mark our card as a content producer in Germany”

Perhaps buoyed by the success of the German Pay TV sector – which enjoyed 11% growth last year reaching revenues of €3bn and with similar growth forecast for 2017, Sky clearly believes that there is much room for growth in the German market. And original content, it seems, is definitely one of the ways forward.

Babylon Berlin is followed by an eight-part sequel to the 1981 U-boat classic Das Boot (“That is something every German of a certain age has a picture of in his/her mind – it’s such a brand icon in our hands,” says Schmidt) while next year’s end-of-world drama Acht Tage (Eight days) follows a Berlin family in the last days before a meteorite is set to crash into Europe.

Border-based crime drama The Bridge meanwhile, finally arrives in Germany as Der Pass, which will see another mismatched cross-border detective duo collaborate on a murder case on the Austria German border.

“All this is happening in the next 18 months and what these series will kick off is just the beginning of a shift in positioning from Sky Deutschland as a sports and film-orientated broadcaster towards a fully-fledged family entertainment company,” explains Schmidt.

However, the former chief officer for Sports, Advertising Sales and Internet at Sky Deutschland is quick to add that the pay TV broadcaster is by no means giving up its lead in sport, rather he says, they want to increase it.

“Sports was one of the building blocks of our early growth and naturally it continues to be one of our main content pillars,” says Schmidt.

A succession of bullish football bids pays testament to this ambition. Last year, Sky Deutschland successfully renewed the rights to screen the lion’s share of live Bundesliga matches in a four-year deal, which started this season.

The overall Bundesliga deal, which, in its entirety, is reported to be worth a record €4.6bn, it is an 86% increase on the last auction in 2012, according to the Financial Times.

In another triumph for Pay TV, Sky Deutschland recently also won the rights to show the UEFA Champions League matches in Germany somewhat controversially pushing out its free-to-air rival ZDF.

While Sky and sub-licensee Perform Group (DAZN) will, for the first time ever, show the UEFA Champions League rights exclusively on Pay-tv, it will also stream the games for the first time via its new OTT service Sky Ticket and via its Sky Go platforms.

Sky Ticket will enable fans to access premium football content who would prefer not to commit to a yearly subscription. The service, which launched last August, offers consumers a series of day, week and month passes to exclusive sports content, movies, series and entertainment – one month ‘tickets’ start at €9.99.

Schmidt says: “This is ‘Sky for Everyone’ - for all income brackets.

He adds: “I always say each and every Sky customer - whether they are coming through Sky Ticket or an annual subscription - is valuable.

“And if they wish to stay with Sky Ticket that’s fine – it’s not the ultimate target to turn them all into subscribers,” he says.

Sky is also set to launch Sky Q - its next generation box onto the German market in the first half of next year.

Sky Q, which offers integrated EPG, multi solutions and the ability to view and save recordings on mobile devices, now has 1m boxes in UK since its launch last year. Crucially, the entertainment company will also launch an OTT version of Sky Q to target the 6m households across UK, Germany and Italy that cannot, or refuse to have a satellite dish.

But while Sky Q and Sky Ticket may be in part Sky’s answer to OTT disrupters such as Netflix, Amazon and Apple and the rise of the millennial ‘cord cutting’ trend, Schmidt disputes the notion that ‘linear is dead’.

“What we see from our data is that there is a development, but it is in the low percentage points. It’s much better, though, to look at specific content, when you want to find out about usage,” he explains.

“With a drama like House of Cards for example, 80% of the viewing may be taking place via non-linear consumption, but you take another show – such as Game of Thrones – and there’s a very high percentage of linear viewing.

“In this case, very much like sports, people absolutely want to watch it as it happens. Nothing can beat a live experience.” 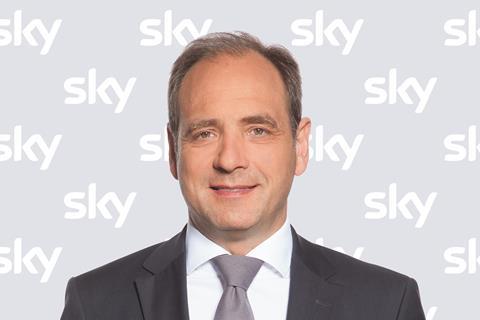 He represents a company strategy that is based on growth, customer satisfaction, exclusive program content, and exciting innovations.  Prior to taking over as CEO, he was Chief Officer Sports, Advertising Sales & Internet at Sky Deutschland (since 2006) as well as Managing Director Programming at Sky Austria.

During this period, Schmidt established Sky Sport News HD, Germany’s only 24/7 sports news channel, expanded and intensified Sky’s relations with the DFL, explored new business areas for the company’s marketing subsidiary Sky Media, was responsible for Sky’s online presence and launched the new company website www.sky.de in 2015, among other things.

In 2003, Schmidt won the German TV Award for the Bundesliga TV conference. In 2012, he was named “Sports Business Manager of the Year” by specialist magazine Horizont.