With this background, some radio stations and recording studios are already fully equipped for live streaming. Small studios or even young, modern radio stations are pioneers, simply because IP transmission is significantly more cost-effective and offers attractive possibilities to interact with their target group optimally for example via Facebook or YouTube. 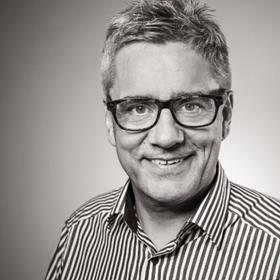 But some broadcasters are still using conventional transmission techniques, and here’s why:

The scepticism is mainly caused by the fact that the implementation of IP as a central transmission medium entails considerable changes in terms of current processes and established structures.

Not only does the replacement of old equipment introduce extra costs, but there is also the need to completely rebuild the entire transmission chain - from the studio site to the transmitter site. It is therefore understandable that broadcasters are reluctant to jump right in.

Broadcasters should still consider making the switch in the near future, as telecommunication providers are discontinuing the ISDN service that is currently used in a lot of systems, making the switch to fully IP based transmission unavoidable.

The second screen applications for HbbTV2 allows to configure the intensity of background noise or voices.

And it is not only the end user who benefits. IP also supports cross-medial working methods, which a handful of pioneer broadcasters are gradually integrating into their operational processes.

Many German national broadcasters have already begun the transition. For the media production platforms - TV, radio and online - a news desk will be set up for conceptual program planning and a central content management system enabling editors of the various programmes to decide the most important issues.

In the case of important live events, the news desk decides which reporter will go on site and which editorial staff will coordinate and decide whether a radio or television report should be produced as well and which material is relevant for online. 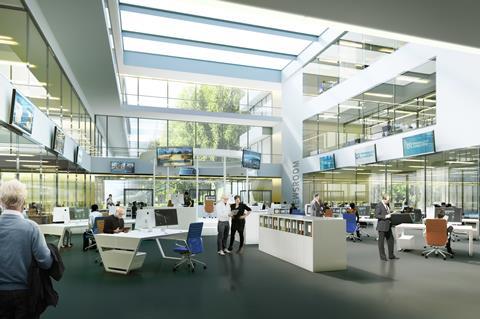 German broadcaster Bayerischer Rundfunk (BR) organises its editorial offices and broadcasting studios in a way that radio, television and online can be more intertwined. Radio, television and online no longer work separately; rather, all topics are planned, researched and then offered on the various playout channels right from the start, regardless of time and location.

New buildings and workspaces are being built on the grounds of BR in Munich and its sports, culture, regional entertainment, education, current affairs, politics and financial teams already work on a cross-media basis.

BR is also upgrading its technology and its news programme “Rundschau” recently started using a real-time graphics system and robotic cameras, which move to their position semi-automatically. 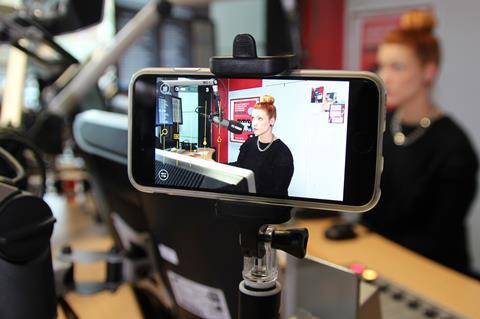 Another pioneer is Mitteldeutscher Rundfunk’s (MDR) Radio Sputnik, which produces video in parallel with its radio programme meaning Radio Sputnik’s younger audience is able to watch their radio show on mobile devices via internet as a video and to interact via Facebook.

DJs engage with the listener via the livestream, prompting their audience to questions or participate in discussions. Comments are answered on screen and feedback is taken.

Behind the scenes, three smartphones and a tablet for the livestream are used to stream directly to Facebook via an app, which enables to cut between the individual camera settings and to show and hide graphics or animations. The sound is picked up directly from the studio microphones to avoid a loss of sound quality in the live stream.

Where are we headed?
Broadcasters themselves are demanding technologies that ensure interoperability of TV, radio, online and content archives and support the intensive cross-media roll-out.

The Institute of Broadcasting Technology is involved in at least 3 Europe-wide projects that clearly support the IP transmission path:

Considering the opportunities these present to broadcasters, internet providers and end users it won’t be long until the majority of broadcasters begin the move away from the traditional transmission paths and in the direction of “broadcast via IP”.

2wcom"With more than 20 years of proven track record 2wcom is an established worldwide manufacturer and supplier of professional broadcast products in the fields of Audio over IP, FM, RDS, DAB, DAB+, DVB-S, DVB-S2."