IBC2017: The future of home media consumption could be based around a dedicated crypto-currency, delegates at IBC2017 heard. 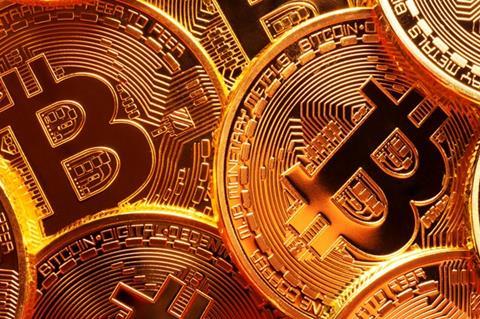 The proposal came at the end of a deep and at times very technical dive into blockchain and its uses in media, which saw a panel of experts outline their visions of the future.

Gruvi Founder and CEO Ben Johnson said: “I would like to see a crypto currency created and in widespread use for in home entertainment in five years’ time.

“Transactional VOD is losing out to subscription VOD right now, and rights holders want to sell their films individually not part of the package.

“I like the concept of [charging] by per second watched, payment by screen size watched, transactional VOD is complicated by that one set fee that doesn’t take into account those kind of nuances.”

The popularity of comparable crypto-currencies issued via ICO (Initial Coin Offerings) has recently reached fever pitch, with a vast range of smart-contract based currencies being created and heavily funded.

Brave created its own coin — The Basic Attention Token, or BAT — and sold one billion of them.

“Blockchain drives the cost of moving information around an industry to zero, which really drives the content everywhere movement.” - Vaughn McKenzie-Landell

JAAK Founder Vaughn McKenzie-Landell got excited about the potential for blockchain to minimise costs throughout the value chain.

“Blockchain drives the cost of moving information around an industry to zero, which really drives the content everywhere movement.

“We see the ability to distribute content, be your own Spotify or Facebook, becomes the norm and gets driven out to the edges – it’ll be an interesting place to be in the coming years.”

McKenzie-Landell explained where blockchain currently makes the most sense for the media industry, in potentially managing rights-based issues: “Rights management in the music industry, is currently incredibly painful.

“We routinely have multiple databases of rights, arranged in silos, many of which do not communicate with each other.

“The lack of overall data standards adds to the pain, and while this is widely known and acknowledged, the industry has tried to reconcile this many times without success.”

However, he was open and sanguine about the challenges, and particularly the pitfalls of over-simplifying and generalising complex industry issues.

“It’s very easy to have technologists coming into industry with a solution, and you’re often then finding that the industry turns round and says that actually, that’s not the problem that bothers us the most.

“Rights management being a good example, there are ways of managing that today, of course, it’s just often we don’t know who to pay.

“Basically, it’s not always the most obvious use cases we need to solve – often the first things to focus on are a couple of levels down.”

The panel agreed that although blockchain has much to offer the media industry, it is still early days.

McKensie-Landell continued: “The key in terms of deployment is to pilot, create smaller solutions and test them, and don’t try and solve everything at once.

“It’s like the intranet in the first days of the internet – everyone agreed that internet technology was an exciting idea, and built intranets first, rather than the internet.

“We’re still in that intranet-style phase with blockchain, but in many cases we’re judging it’s potential based on that, rather than what it will become.”

Stacy Huggins, Co-Founder and CMO, MadHive, agreed: “The intranet era is good example. We’re working on several proof of concept projects in small areas, creating little private programmatic environments, with limited numbers of participants in little sandboxes in order to figure out how to solve specific problems. It’s a great way for any business to start.”

In an interesting parallel development, a project led by the World Wide Web Consortium (W3C) to integrate blockchain into web browsers has today taken a major step forward with the creation of an API that is now being implemented in browsers including Google’s Chrome, Microsoft’s Edge, Apple’s Webkit, Mozilla’s Firefox, the Samsung Internet Browser and Facebook’s in-app browser.

The result is that using blockchain based-payments – and managing smart contracts - will be vastly simplified for internet users.