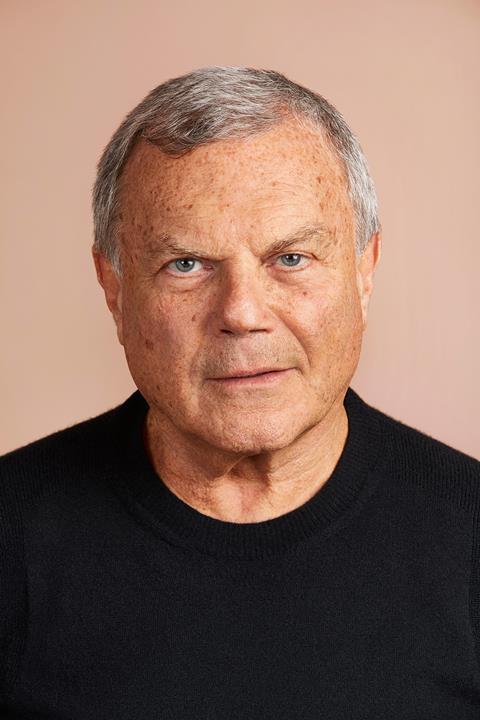 Pointing to the activity in America during the first six months of this year, he explains: “The advertising industry is up 6.3% and traditional media is down 3.3% and digital is up 20%, so depending where you invest your time and efforts, companies need to be more selective.

“There is a sharp differentiator and those people who say you can’t or shouldn’t differentiate between analogue and legacy versus digital are wrong. There are many real issues to distinguish between what is growing and what not is growing.”

Sorrell founded the world’s biggest advertising and public relations conglomerate WPP, where he served as chief executive for over 33 years – the longest serving CEO of a FTSE 100 company – before leaving in April 2018 after the board began investigating allegations of misconduct.

In May 2018 he formed a new company S4 Capital, which the Financial Times reported that the digital marketing venture is on track to double in size organically by 2021 and is expected to jump in billings in the first half of the year.

“We started one year ago with four priorities and core principles on focussing on digital and we are not interested in traditional advertising,” he explains, adding, “the advertising industry is a $1.7 trillion industry with about 500 billion in marketing and services and 700 billion in budgets.”

Accustomed to dealing with large sums, Sorrell is one of the consistently highest paid corporate executives in the UK, worth £368 million. according to the Sunday Times Rich List of 2019

While TV campaigns with “big ideas are still critical and core to the process” Sorrell explains that “when you deploy them in a digital format which is a fit for purpose way there is no reliance on big tentpole campaigns and then some big ideas are deployed.”

The company motto for the digital-first enterprise is: “Faster, better and cheaper.” 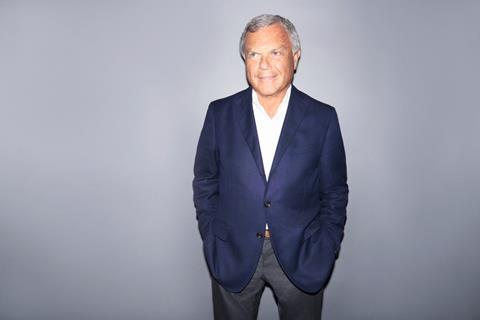 “Faster means more agility which everybody calls for, particularly in today’s world and then cheaper means more efficient which is not as popular today as it was a few years ago because of the issues facing the country.”

Last month, S4 confirmed it had acquired London data firm Conversion Works and South Korean consultancy Datalicious Korea for an undisclosed sum; it said the two companies will be merged with Mightyhive, its programmatic media division.

Sorrell explains: “Data is centre of what we do. People that claim data destroys creativity or hinders it are talking nonsense. Good data and good insight informs creativity and makes it more effective.”

Pointing to the “seven sisters” which include Microsoft, Google, Facebook, Oracle, Salesforce, Adobe and IBM and “understanding the digital ecosystem in an agnostic way” with new players including Alibaba and TikTok, “essentially calls to be more inclusive in a low growth world despite digital inflation rising.”

S4 is structured around what Sorrell describes as “the holy trinity model” that is the first party data fuelling or driving the “development of digital advertising content and programmatic search.”

He has not been backward in showering criticism on his former company. According to various reports he has called out WPP and its peers on the failed attempts to keep up with the rapidly changing advertising landscape, with clients shifting their marketing spend to data-driven online advertising.

On S4, he says: “We’re building a unitary structure not an agency holding company, it is one company with seamless execution, and we don’t acquire companies we merge with them - half shares and half cash.”

In the last year he has built up the content and programmatic practices, with 26 countries over market capitalisation.

On programmatic, the firm acquired Dutch company Media Monks in July 2018 for £266 million.

At the time, Sorrell was reported by The Guardian as saying: “This represents a significant step in building a new age, new era, digital agency platform for clients.

“MediaMonks’ roots are totally in new media, and data, content and technology. Our next moves will be to build this platform further and to add meaningful data analytics and digital media buying. The company will be a unitary one with MediaMonks as its core.”

With some of its biggest clients including Google, Facebook, Amazon, and TikTok as well as tech firms such as Microsoft, Hewlett Packard as well as Gillette, Starbucks, Nestle, Mondelez, Mercedes Benz and Coca Cola.

“We have a very broad and diverse client list with around 350 million dollars in the first year, with plenty more to come.”

Sorrell’s focus for 2020 is continuing to look at the core principals and pure digital campaigns as well as harnessing data to drive content faster, better and cheaper under the unitary structure.

He explains, where he sees digital growth: “Marketeers are after the rise of procurement and finance organisations are putting pressure on cost and sources as it responds to that.”

As consumers begin to build direct relationships with retailers, he points to Amazon and Tencent’s successful relationship with their consumers based on data.

“Consumer became key. For example Coca Cola bought Costa from Whitbread for £3.9 billion, you can see the trend our clients are building – direct relationships with retail.”

With countless examples of organisations looking to build direct relationships, IBC365 asks if Sorrell plans to compete with the Silicon Valley giants as the landscape becomes more and more competitive.

“Against the big five – Google, Facebook, Amazon, Tencent and Alibaba – all seeing growth and doing well. Those five are dominant.”

On the digital giants, he explains: “They are already competing because the streaming wars are taking place as we speak. We saw Disney gain ten million subscribers in the first day.” 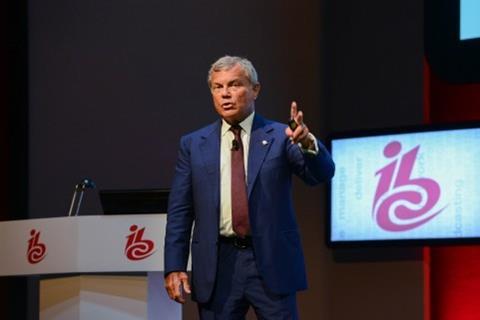 At IBC2017, Sorrell delivered a keynote discussing the ‘death’ of linear TV. He believes that the word ‘digital’, when used as a differentiator between ‘traditional’ advertising and the online categories, is fast becoming obsolete.

“It is difficult to understand the concerns of fake advertising - Mark Zuckerberg, his consumers and customers can sort out between them what is fake. However, technological companies are media companies and certainly in this area should be responsible for the content flowing through their pipes.”

While Google has hired thousands of staffers to help regulate its operation, Facebook remains under fire and firms overalls are responding to the regulatory threat.

“So, this uncertainty has had a perverse effect, certainly around Brexit and companies must diversify and invest more in variable marketing spend and fixed capital investment because of the uncertainty.”

If Brexit happens, Sorrell says that Britain will have no choice but to “pivot from traditional trade patterns around France, Germany, Italy and Spain.

The growth opportunities and trade pattern opportunities with North and South America, Asia Pacific, Africa and the Middle East and “controversially” he adds Eastern Europe, means “advertising and marketing investment in brands will be an important context of that.

“So the future is not bleak if you focus on the growth countries in the world and the tempered growth that means you need to try and find growth areas more effectively.”