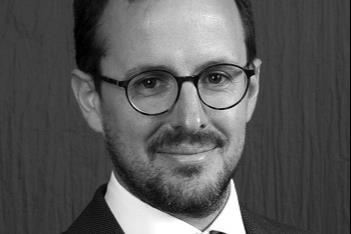 Métral: Honoured to support the effort through our investigations and intelligence teams

The shutdown is the result of criminal complaints and assistance of DFL, LaLiga, Nagra and Nordic Content Protection to the Spanish police. The Alliance for Creativity and Entertainment (ACE) was also involved on behalf of the content industry.

The pirate network was offering more than 40,000 video channels and video-on-demand content, offering a wide range of channels, sports events, films, documentaries, and series, as well as 50 pirate servers located in various countries in Europe. All were shut down as part of the anti-piracy operation.

The piracy network was based in Spain but operated worldwide, generating profits in excess of €15m and causing much higher damage to the content industry. Its IPTV service was offered to resellers, allowing them to create their own brand and illegal service as a franchise.

Melcior Soler, audiovisual director at LaLiga, said: “We are grateful to the Spanish National Police and all involved in this operation for working together to protect and defend content owner rights. Piracy is a global problem and it’s critical for the industry as whole to come together to fight it, share knowledge and leverage key partnerships and anti-piracy technologies to preserve high-quality content for our fans – whether it’s in sports or other types of entertainment. Together we can make a difference and alter the piracy landscape.”

Holger Blask, director audiovisual rights at DFL, said: “The DFL welcomes this transnational anti-piracy operation that comes at the same time major European championships resume their activities. Tackling large pirate operations at the source is a key component in the fight against large-scale content theft. We are glad the industry is more and more united against piracy, in this case both the sports and the content industries joined efforts to make it happen.”

Pascal Métral, VP legal affairs and head of anti-piracy investigations, intelligence and litigation at Nagra, said: “We applaud the Spanish National Police for leading this anti-piracy effort to a successful outcome. These results could not have been achieved without close collaboration between all stakeholders – content owners, governmental entities and anti-piracy companies – and is a clear demonstration of how such efforts can have a real impact on stopping the spread of commercial piracy. We are honoured to support the effort through our investigations and intelligence teams and to represent the interests of the sports and content industry to ensure their rights are protected.”

Anders Braf, CEO at Nordic Content Protection, said: “Nordic Content Protection congratulates the Spanish National Police and other national law enforcement agencies throughout Europe that conducted this very successful operation. With assets and money worth €6m confiscated from the pirates, it’s a strong signal to other pirate organisations that organised IP crime eventually does not pay off.”

This latest success further illustrates, says Nagra, the importance of a close partnership between content owners, operators, technology providers, policy makers and governments, to make real strides in the battle against piracy and to protect all media and entertainment industry stakeholders’ legitimate business.