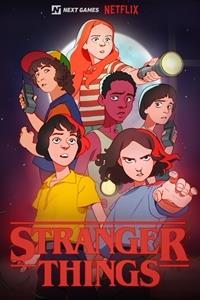 Next Games has announced its collaboration with Netflix on the location-based puzzle game for iOS and Android devices, set to launch next year.

The free-to-play mobile game will be based on the successful Netflix original, Stranger Things where the universe will be reimagined in the style of a 1980’s Saturday morning cartoon.

According to the Finnish-based game developer and publisher the mobile role-playing game (RPG) will use location-based mechanics and Google Maps integration enabling players to explore The Upside Down, a dark underworld in the hit series.

Similar to Niantic’s Pokémon Go and upcoming Harry Potter: Wizards Unite mobile games, players will explore hidden elements within their daily travels and work with fellow fans to fight back against the emerging evils.

“Our core focus will be to deliver on Stranger Things’ rich and intense themes like friendship and supernatural adventure and translate these into snack-sized entertainment on your mobile device.”

The company confirmed its plan to capitalise on Netflix’s global reach to audiences as it develops and customises the super-fan mobile game, pooling its creative and technological experience together.

They are renowned for the critically acclaimed The Walking Dead game which was launched in summer last year and utilised augmented reality (AR) technology and Google Maps.

The firm is also working on game based on the Blade Runner franchise.

The “planet-scale augmented reality platform” which underpins it is intended to function like a global operating system for applications that unite the digital world with the physical world – or as Niantic’s John Hanke puts it – uniting holograms with atoms.