The new Raspberry Pi single-board computer is being aimed at the media industry with the inclusion of two micro-HDMI ports and 4K video output at 60 frames per second. 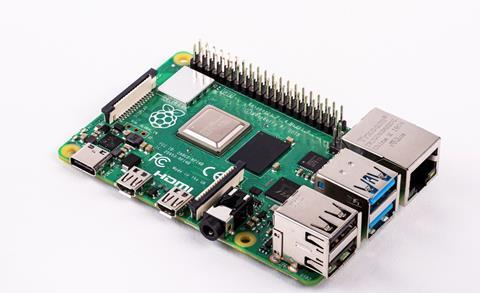 The Raspberry Pi 4 Model B, which can be plugged into any screen in order to create a computer system, comes with a 1.5GHz Broadcom processor with H.265 decoding and up to 4GB of LPDDR4 RAM.

The product, which was launched last week by the Raspberry Pi Foundation, can “compete” with entry-level x86 PCs, the Foundation claims, and act as a modern DIY media hub, despite retailing for just £34.

Notably, the mini computer comes with 4Kp60 hardware decode of HEVC video and VideoCore VI graphics, supporting OpenGL ES 3.x, as well as support for dual 4K monitors. It can feed two monitors with 4K30fps video or a single display at 4K60fps.

The first Raspberry Pi was launched in 2012, but the new model is the first to feature a choice of memory capacities, with the baseline model coming with 1GB of RAM. There are also 2GB and 4GB options available.

It features dual-band Wi-Fi and Bluetooth 5.0 wireless connectivity on board, Gigabit Ethernet and a microSD card slot for additional data storage or installing an operating system.

Read more: BBC Box rewriting the future of the internet