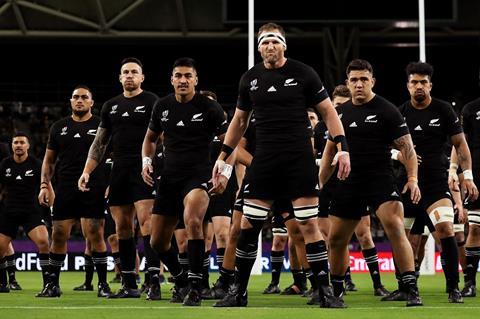 A landmark sports rights deal will see New Zealand Rugby take a 5% stake in Sky New Zealand in exchange for the rights to show All Blacks matches for the next five years.

Sky is extending its rights deal for the All Blacks and the agreement comes just months after telco Spark outbid the broadcaster for rights to televise the Rugby World Cup.

The deal, which reportedly tops $148 million, will be subject to approval from Sky shareholders, but if it is rubber-stamped, NZR will claim a 5% stake in Sky NZ, valued at around $11.6 million.

Sky described the deal as “revolutionary” and said it had involved a “record investment”. Reports from the country claim the deal is valued at around $372.7 million, with the outlay giving Sky rights to all of the All Blacks test matches as well as the Super Rugby tournament over the five-year spell.

“Rugby is a core and significant part of our offer as the Home of Sport. We know it attracts customers to Sky, who then also discover and enjoy the deep range of local and global sport that we offer. Our renewed partnership with NZR brings value to all of our sport partners, and we’re delighted to have them continuing as part of the Sky family,” Sky CEO Martin Stewart said

“A special part of this deal is the 5% equity stake that NZR is taking in Sky. We have long known that there is mutual benefit when each of us succeeds, and we’re pleased that NZR is becoming an investor in Sky.”

While the costs of sports rights have surged over recent decades, pressure from OTT and other “cord-cutting” services have raised questions about the value for money in buying up expensive rights deals, leading to a number of partnerships between OTTs and broadcasters.

For Sky, offering equity in the company could offset some of this, although a number of questions surround the deal, including what happens to the 5% stake after the five-year period expires, and how this impacts future negotiations for NZR.

However, reports from Yahoo News said that Stewart called the sale of the stake a “one-off” that was unlikely to be repeated in future deals.

“This is a great result for NZR – we not only have a vastly experienced broadcast partner, but we have a partner prepared to work and invest with us in initiatives that will help grow the game over a prolonged period of time,” said NZR chief executive Steve Tew.

“For rugby in New Zealand, this is a hugely significant agreement that secures the long-term financial health of our game. We look forward to continuing to build our long-standing and deep partnership as we both face the challenges and opportunities that a rapidly changing broadcast, entertainment and sporting world presents.”