Outside broadcast firm Arena Group collapsed owing £282 million, according to its administrator.

The figures are set out by Arena’s administrators Kroll in a 130-page report filed at Companies House, which sets out the background to the firm’s collapse as well as its liabilities. 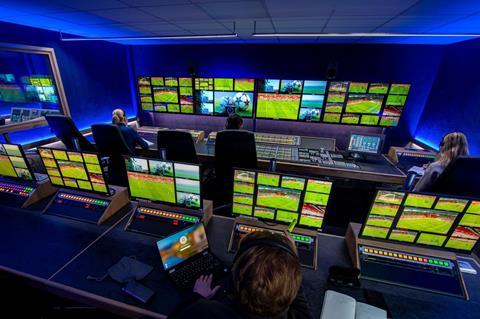 Much of the money is owed to lenders against assets which do not exist. “There is a shortfall of several thousand assets resulting in the liabilities of c £282m which are not supported by underlying assets as the lenders had been led to believe by the group,” concludes the administrator report.

Among the creditors are 62 Arena staff who are owed nearly £1.3 million between them.

Arena, which regularly provided OB services to broadcasters such as the BBC, ITV and Sky for events such as Wimbledon, Euro 2020 and T20 cricket, abruptly ceased trading on 10 November 2021.

The administrators said that they have been told by Arena management that they believe that directors Richard Yeowart and Robert Hopkinson have left the UK. Neither have responded to attempts to contact them by the administrators, or by other stakeholders or the High Court. Kroll reported that Yeowart and Hopkinson have not been seen at Arena’s premises since December 2020.

Just before the business ceased trading, Kroll says an agent was undertaking an asset verification exercise on behalf of one of Arena Television’s lenders. “While attempting to verify a serial number with the equipment manufacturer, the agent was advised that no such serial number existed. This caused the agent to query this concern with the lender. The directors appear to have taken the decision to cease trading shortly thereafter.”

Kroll said it explored trying to get Arena trading again over the first few days of the administration, but this had not been possible due to “the abrupt cessation of trading which had caused the customers to seek alternative arrangements given the ongoing schedule of live events which required broadcasting, together with further financial and practical impediments.”

The administrators also tried to sell the Television business, but say it was not possible to agree a sale of the business or its assets as a package.

“Accordingly, a breakup sale of the company’s broadcast assets will be pursued, by way of acutions and private treaty sales,” said Kroll. This will take place during 2022.

Hickman Shearer has been appointed to organise the sale of the existing Arena Television assets with SIA organising the sale of the Arena Aviation side of the business’s assets.

The only asset realisation since administrators were appointed has been the banking of petty cash held at Arena totalling £2,761.