Turness joins with the title of CEO of BBC News and Current Affairs, and will also be nominated to join the BBC board. She replaces Fran Unsworth, who is retiring and leaves the BBC at the end of January. 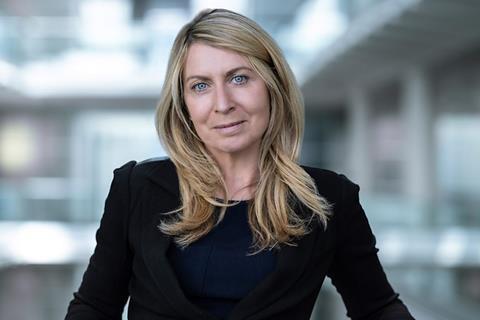 Turness will have responsibility for a team of around 6,000 people, broadcasting to almost half a billion people across the world in more than 40 languages.

At ITN, Turness has led the organisation’s post-Covid strategy for growth in its three major business areas - newsrooms, long-form production and commercial/branded content.

She also brings international experience to the BBC. Before ITN, Turness was the first president of NBC News International, the global arm of American news network NBC News, in 2017, where she was responsible for overseeing its operations including editorial, production and commercial.

She joined NBC News in 2013, becoming the first woman in US history to be president of a network news division, where she led a team of over 3000 journalists and technicians. She was responsible for all editorial content and commercial revenues for NBC News, including major brands TODAY, NBC Nightly News with Lester Holt, Meet the Press and Dateline.

Before joining NBC News, she was editor of ITV News where she was their first female editor and the youngest ever editor of ITV News. She also completed a mini-MBA course at Ashridge Business School while in the role.

Turness first joined ITN as a freelancer while on a post-graduate journalism course in France in her early twenties. She then worked across the foreign, home and planning desks before joining the North of England bureau. She was ITN’s Washington Bureau producer during the Clinton White House years and spent time in Bosnia during the Balkans War. In 1997, she played a key role in launching 5 News before moving to Channel 4 as editor of its breakfast programme, RI:SE.

Tim Davie, BBC Director-General, said: “Deborah brings a wealth of experience, insight, first-class editorial judgement, and a strong track record of delivery. She is a passionate advocate for the power of impartial journalism and a great believer in the BBC and the role we play, in the UK and globally. She will do a brilliant job of leading our news and current affairs as we deliver on the BBC’s public service mission in the digital age.”

Turness said: “In the UK and around the world there has never been a greater need for the BBC’s powerful brand of impartial, trusted journalism. It is a great privilege to be asked to lead and grow BBC News at a time of accelerated digital growth and innovation, when its content is reaching more global consumers on more platforms than ever before.”