The BBC is to stop broadcasting linear channels BBC Four and CBBC and cut 1,000 jobs to save money following the UK government’s decision to freeze the licence for two years.

The decision to stop broadcasting smaller linear channels, such as CBBC and BBC Four and Radio 4 Extra, “after the next few years” was unveiled as part of a broader efficiency savings plan. 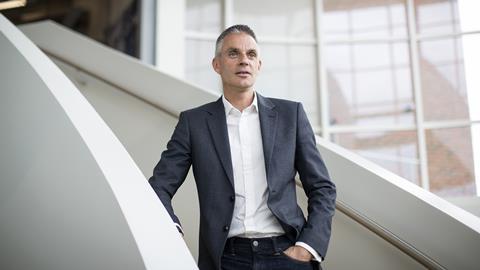 As part of the plan, the BBC said it would build a “digital-first public service media organisation.” The BBC said its ambition is to reach 75% of BBC viewers through iPlayer each week.

The BBC is also combining its internationally facing BBC World News and its UK-focused BBC News channel into a single offering, while Radio 4 Extra is also to close.

The BBC said it will make £500m of annual savings and reinvestment to make the BBC digital-led.

As part of this, £200m will contribute to the £285m annual funding gap by 2027/28, created by the licence fee settlement earlier this year. The remaining funding gap will be covered in the final three years of this Charter period.

The BBC will also reinvest £300m as part of its digital-first approach, through changes to content and output and additional commercial income.

Overall, there will be up to 1,000 fewer people employed in the public-funded part of the BBC over the next few years.

The BBC is also planning to stop scheduling separate content for Radio 4 Long Wave, ahead of the closure of the Long Wave platform itself. It will also shift a number of World Service languages to be digital only.

BBC Director-General Tim Davie said: “When I took this job I said that we needed to fight for something important: public service content and services, freely available universally, for the good of all. This fight is intensifying, the stakes are high.”

Davie added: “I believe in a public service BBC for all, properly funded, relevant for everyone, universally available, and growing in the on-demand age. This plan sets us on that journey.”