The Walt Disney Company has brought back Bob Iger as chief executive officer, replacing Bob Chapek who has been in the job for less than three years.

Iger, who spent more than four decades at Disney, including 15 years as its CEO, has agreed to serve as Disney’s CEO for two years. 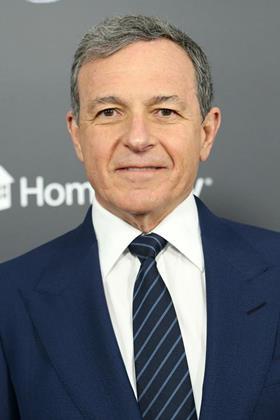 Chapek’s sudden departure comes as Disney shares have fallen by more than 40% this year and the company has poured billions of dollars into streamer Disney+. Earlier this month, the company said Disney+ had lost nearly $1.5bn in the three months to the end of September, although it added 12 million subscribers. Chapek also faced pressure over his response to Florida’s controversial “Don’t Say Gay” bill. In March, he apologised for his “painful silence” on the sex education bill that critics had said would isolate LGBT youth.

Iger has been given a mandate by the Disney board to set the strategic direction for renewed growth and to work closely with the board in developing a successor to lead the company at the completion of his term.

“We thank Bob Chapek for his service to Disney over his long career, including navigating the company through the unprecedented challenges of the pandemic,” said Susan Arnold, Chairman of the Disney board. “The board has concluded that as Disney embarks on an increasingly complex period of industry transformation, Bob Iger is uniquely situated to lead the Company through this pivotal period.”

“Mr. Iger has the deep respect of Disney’s senior leadership team, most of whom he worked closely with until his departure as executive chairman 11 months ago, and he is greatly admired by Disney employees worldwide–all of which will allow for a seamless transition of leadership,” she said.

“I am extremely optimistic for the future of this great company and thrilled to be asked by the board to return as its CEO,” Iger said. “Disney and its incomparable brands and franchises hold a special place in the hearts of so many people around the globe—most especially in the hearts of our employees, whose dedication to this company and its mission is an inspiration. I am deeply honoured to be asked to again lead this remarkable team, with a clear mission focused on creative excellence to inspire generations through unrivalled, bold storytelling.”

During his 15 years as CEO, from 2005 to 2020, Iger helped build Disney through a series of acquisitions including Pixar, Marvel, Lucasfilm and 21st Century Fox. He also launched Disney’s first theme park and resort in mainland China, Shanghai Disney, and brought the Disney+ streaming service to market in November 2019 and ESPN+ in 2018.

Watch more In conversation with Zixi and Disney