A peak audience of around 28 million viewers watched the funeral of Queen Elizabeth II on television in the UK.

More than 50 UK channels broadcast the service in the UK, including the BBC, ITV and Sky. 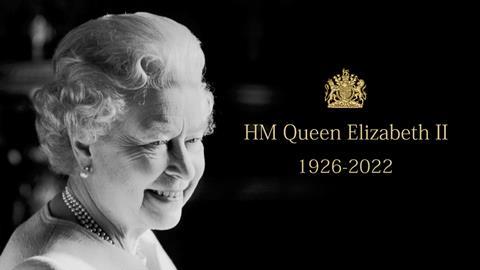 The overall audience peaked at 12:25 BST, as the Queen’s coffin was carried in a procession from Westminster Abbey.

Around 20 million people watched on BBC One at that time, while ITV’s audience numbers peaked at 5.3 million.

At least 95% of those watching TV at the time were tuned into the funeral coverage.

One of the most-watched events

The overnight figures from ratings body BARB, which were reported by the BBC, do not include all viewers watching through streaming services like BBC iPlayer and ITV Player, or those who saw it on big screens outdoors or in cinemas, churches or pubs.

An average of 26.2 million viewers watched the funeral service in Westminster Abbey between 11:00 and 12:00 across all channels, with 18.5 million of those watching on the BBC.

In comparison, Princess Diana’s funeral in 1997 had more than 32 million UK viewers.

Almost 27.7 million watched Boris Johnson’s Prime Ministerial statement on 10 May 2020, when he set out a plan to ease the first Covid lockdown.

Most commercial channels did not air adverts on the day, meaning the increased viewing did not result in a financial benefit.