ITN Editorial Director Chris Shaw has announced he will be leaving the company after 25 years.

During his time at ITN, Shaw has worked in senior roles on ITV News, Channel 4 News and 5 News as well as helping build ITN Productions in a major production company. 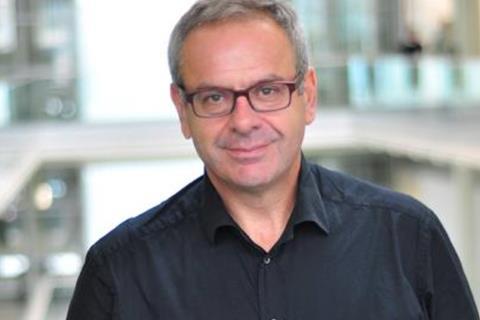 His television career began at ITV News in 1985, where he worked on News at Ten and the Evening News known then as the 545.

He left the company briefly to help launch Sky News in 1989 but returned two years later as a field producer and a Home and Foreign News Editor on Channel 4 News.

From there he moved back to ITV as Programme Editor of News at Ten when it was relaunched in 1992 with Trevor McDonald as the sole anchor. At that time, he also was seconded to create a news service for The Big Breakfast on Channel 4 and to help set up ITN Factual, the precursor to ITN Productions.

In 1998 he was appointed to launch the news service on Channel 5, helping to create an informal style of news fronted by Kirsty Young which RTS Awards for innovation and craft.

Channel 5 later hired him from ITN as their Commissioning Editor for News, Current Affairs and Documentaries.

In 2010 after a decade of commissioning, Shaw returned to ITN for a second time to help run the newly formed ITN Productions division. Within six years it had quadrupled its output and won industry awards for programmes like Sri Lanka’s Killing Fields, Children on the Frontline, Escape from ISIS and Interview with a Murderer.

In 2018 he was promoted to the position of Editorial Director of ITN, working closely with the CEO and overseeing editorial output across the business. He also continued to work on individual programmes, notably The Queen’s Green Planet with Sir David Attenborough, Harry and Meghan in Africa, and most recently Harry: The Interview.

He leaves his post and ITN at the end of March after 45 years in radio and television to pursue other media interests and artistic challenges.

Shaw is also a Fellow of the Royal Television Society, a regular media commentator, Chairman of the Edinburgh International Television Festival (2014-2017) where he oversaw the expansion of its talent scheme, and patron of the Sheffield Documentary Festival (2003-2010). He also established with his wife Martha Kearney the Ultimate News Quiz a popular annual charity event which has raised £1.5m over the last 15 years for Action for Children.

ITN CEO Rachel Corp said: “Chris is one of the most talented editorial minds to have ever worked across ITN. It’s hard to think of another person who has had so much influence across the business. Under his leadership ITN divisions have devised and delivered ground-breaking ideas and programmes that have gone on to win multiple awards and accolades. His tireless work has earned him an outstanding reputation as one of the most influential people in news and current affairs as well as boosting ITN’s profile. He has also admirably always been available to mentor staff across ITN and held senior advisory roles in the industry. It’s rare to find a leader with so much passion for their editorial work and enthusiasm to positively influence the wider network they operate in. We wish him the best of luck for the future in all that he pursues and thank him for all that he has contributed to ITN during a lifetime of work.”

Shaw said: “I was so excited and proud the day I started my first TV job at ITN nearly forty years ago and I still take huge pride in everything we do here today. Thanks to ITN and my fantastic colleagues I’ve enjoyed a career packed with amazing stories and experiences. I don’t think any other production company can offer the sheer variety and quality of content we get to make here.”