Fremantle has unveiled a new European leadership team, with the creation of new CEO roles for both Northern Europe and Southern Europe.

Fremantle’s Georgette Schlick has been promoted to CEO Northern Europe, while Jaime Ondarza has been appointed CEO Southern Europe, joining from Paramount Global. 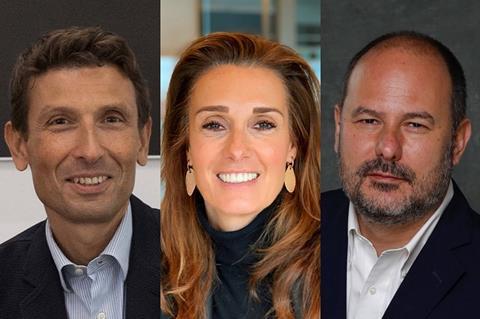 Schlick was previously CEO of Fremantle Netherlands and Belgium, a role which she has held since 2014. She was responsible for Dutch entertainment label Blue Circle, known for formats like The Masked Singer and Farmer Wants A Wife, factual entertainment and documentaries production company No Pictures Please and scripted label Fiction Valley.

Based in Amsterdam, Schlick will oversee Fremantle’s businesses in The Netherlands and Belgium, including scripted label Fiction Valley, and Fremantle production territories Denmark, Sweden, Norway, Finland, and Poland. The This Is Nice labels, which Fremantle acquired in 2021, will continue to be overseen by CEO Morten Mogensen, who will now report to Schlick.

Ondarza joins Fremantle from Paramount Global where he was most recently EVP Southern Europe, Middle East and Africa and Head of Streaming Southern EMEA and Latin America. He oversaw the launch of FAST service Pluto in Spain in 2020, and in France and Italy (2021), and the launch of SVOD Paramount+ in Italy (Sept 2022) and France (Dec 2022). He previously held executive roles at Warner Media, where he launched and developed new business and brands, and at Boing, the JV between Mediaset and Warner Media.

The new positions will report directly into Andrea Scrosati, Fremantle Group COO and CEO Continental Europe and have been created as part of the company’s global growth strategy

Andrea Scrosati, Group COO and CEO Continental Europe, Fremantle, said: “Through acquisitions and organic growth, Fremantle today is bigger and stronger than ever. We have carefully designed this new structure to best support our regional CEOs across Europe. Georgette and Jaime are the perfect choices to manage these key roles and future proof our rapid business expansion.”