However, the global box office still has a significant way to go to return to pre-pandemic levels. 2022’s figure was 35% behind the average of the last three pre-pandemic years (2017-2019) – a loss of approximately $14 billion at current exchange rates. 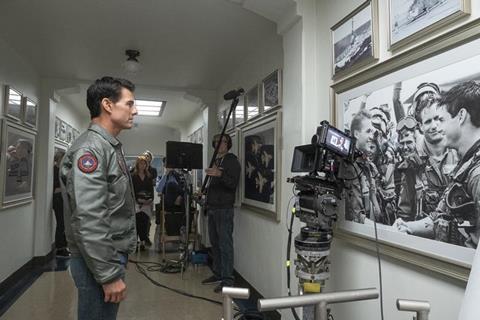 Japan was the star market of 2022 coming in just -9.4% behind its pre-pandemic average with an estimated $1.5 billion. The top grossing film was anime smash One Piece Film: Red with $140 million.

In contrast the weakest market tracked, was Russia, which delivered an estimated $310 million in 2022, a drop of -43% on 2021 and a massive -57% behind pre-pandemic business. This was a direct result of the Russian invasion of Ukraine in February and the subsequent boycott of Russia by the US studios.

The biggest global film in 2022 was Top Gun: Maverick, which took $1.49 billion. Avatar: The Way Of Water brought is currently just shy of that total ($1.47bn) but will surpass it by the end of its run.