The UK government has confirmed that it will no longer seek to privatise public broadcaster Channel 4.

A sale of Channel 4 was a key pledge of former prime minister Boris Johnson, and privatisation was championed by Nadine Dorries when she was Culture Secretary. 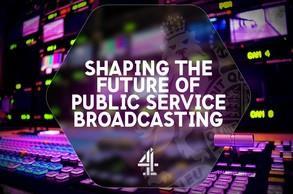 Channel 4 will not be privatised, the UK government has confirmed

However, Rishi Sunak’s government has concluded that the broadcaster should remain in public ownership but with greater commercial flexibility, including the ability to make and own some of its content.

Following a review, recently appointed Secretary of State for Digital, Culture, Media and Sport Michelle Donelan concluded that pursuing a sale is not the best option for the broadcaster.

Donelan said: “Channel 4 is a British success story and a linchpin of our booming creative industries. After reviewing the business case and engaging with the relevant sectors I have decided that Channel 4 should not be sold.”

Channel 4 currently operates as a publisher-broadcaster, meaning that all its shows are commissioned or acquired from third parties - such as independent producers or other broadcasters - who typically retain the rights to those programmes.

This has been central to Channel 4’s role over the last 40 years in developing the UK’s independent production sector, which is now worth £3 billion.

The government said it considers this an essential element of the UK’s broadcasting ecology and the wider economy. However, this model also makes Channel 4 more reliant on advertising revenue than many of its competitors which have been able to diversify their revenue by investing in content production.

The DCMS plans to legislate through the Media Bill to relax the publisher-broadcaster restriction in Channel 4’s remit so it has a greater ability to produce and monetise its own content, accessing a wider range of potential strategic options that could put it on a more stable financial footing by growing its commercial income.

It said that changes to Channel 4’s commissioning model would need to be introduced gradually, with appropriate checks and balances, and following consultation with the sector. For example, this will include increasing the level of Channel 4’s independent production quota, which is currently set at 25 percent of programmes; and potentially introducing specific protections for smaller independent producers.

Channel 4 has also agreed to enhance its support for the independent TV production sector and regional roles and skills. It will increase its annual investment in 4Skills - its paid training and placement programme for young people - from £5 million to £10 million by 2025. It will double its number of roles outside London from its original target of 300 to reach 600 roles across the UK in 2025. This will include roles in Channel 4’s national HQ in Leeds, as well as in Glasgow, Manchester, Bristol and potentially elsewhere.

Producers organisation Pact said it welcomed the Government’s decision not to move forward with the sale of Channel 4, but was disappointed that Channel 4’s publisher-broadcaster status will be relaxed and that it will be allowed to produce its own programmes in-house.

Pact chair, Jane Muirhead said: “Whilst it is clearly the right decision by the Government to reverse the privatisation of Channel 4, the decision to allow Channel 4 to produce its own in-house programming has the potential to achieve the same damaging outcome if there are not effective protections put in place. Pact will be meeting with Government and working closely with them to ensure that the right safeguards are established to protect the UK’s successful world-class indie sector.”

Channel 4 said it welcomed the Government’s decision that Channel 4 will remain in public ownership.

Alex Mahon, chief executive of Channel 4, said: “The principle of public ownership for Channel 4 is now set for the foreseeable future, a decision which allows us to be even more of a power in the digital world.