HBO Max’s European content chief Antony Root is to retire from his role at Warner Bros. Discovery at the end of March 2023. 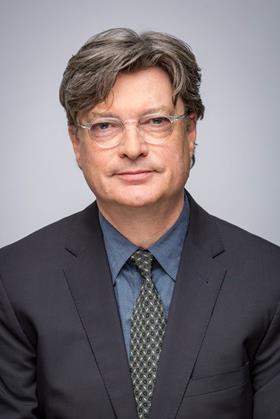 Six months ago, Warner. Bros Discovery announced it was reviewing its streaming operations in Europe ahead of combining HBO Max and discovery+ into one service. It is no longer producing originals for HBO Max in the Nordics, Central Europe, the Netherlands and Turkey.

During his time at the company Root has commissioned and overseen more than 1,000 episodes of original programming across scripted, documentaries and unscripted.

Production highlights include The Pack and Blinded by the Lights in Poland; Burning Bush and Wasteland in Czechia; Golden Life in Hungary; the Oscar nominated documentary Collective in Romania; Patria and 30 Coins in Spain; Beartown, Beforeigners and Kamikaze in the Nordics.

Speaking about his decision, Root said: “When I joined in 2011, we were producing in only four countries in Central Eastern Europe, and the focus was on single documentaries and local adaptations of international scripted formats. Within a few years we were developing and producing our own locally created series and expanding our original production footprint to the Nordics, Spain and more recently France. Now, with the new, combined service set to launch, it’s time for me to bring my executive career to a close and pass the baton onto others.”

Root said he planned to “pursue a range of different interests some educational, some professional and some personal.”

Root is a former Thames Television and Granada Television head of drama. In 1998 he became head of international drama and later president of Granada Entertainment USA. In 2005 he returned to the UK as SVP European production for Sony Pictures Television, before joining HBO in 2011.

Priya Dogra, Warner. Bros Discovery president & manging director EMEA said: “Antony is a true giant of the European TV Industry, and during his career at HBO, he has commissioned and executive produced some of the most iconic series of recent years across the Nordics, Central Eastern Europe and Spain. Antony built and managed talented teams and left an indelible mark on the quality of productions from HBO in Europe.

“Some time ago, Antony agreed to postpone his planned retirement and to continue to lead his team and the various ongoing projects through the merger. With that work complete, I would like to wish him all the best as he retires from his executive career. Antony has been an incredible partner to me. I’ve learnt a huge amount from him about bringing the best stories from an initial pitch to the screen, and for that I am hugely thankful.”