Hollywood looks on course for a major strike by production crews after a union representing film and TV workers voted to strike by a near unanimous margin.

The International Alliance of Theatrical Stage Employees announced its 60,000 members who work in television and film production have voted for strike action. 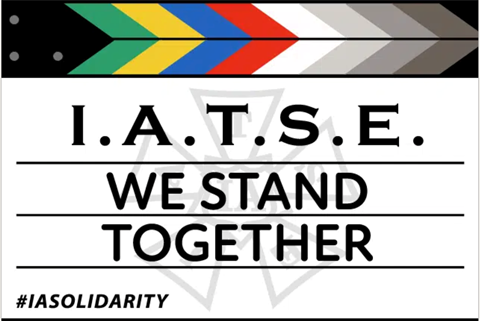 It is the first time in IATSE’s 128-year history that its members have authorised a nationwide strike.

IATSE is campaigning against what it says are excessively unsafe and harmful working hours, unlivable wages for the lowest paid crafts, and a consistent failure to provide reasonable rest during meal breaks, between workdays, and on weekends.

It also says workers on certain “new media” streaming projects get paid less, even on productions with budgets that rival or exceed those of traditionally released blockbusters.

“The members have spoken loud and clear,” said IATSE international president Matthew Loeb. “This vote is about the quality of life as well as the health and safety of those who work in the film and television industry. Our people have basic human needs like time for meal breaks, adequate sleep, and a weekend. For those at the bottom of the pay scale, they deserve nothing less than a living wage.”

More than 98 percent of those who voted cast their ballot in favour of strike action.

“I hope that the studios will see and understand the resolve of our members,” Loeb said. “The ball is in their court. If they want to avoid a strike, they will return to the bargaining table and make us a reasonable offer.“

The vote comes after months of negotiations between the union and the Alliance of Motion Picture and Television Producers (AMPTP), which represents major film and television production companies as well as Amazon, Apple and Netflix.

In a statement, AMPTP said: “We deeply value our IATSE crew members and are committed to working with them to avoid shutting down the industry at such a pivotal time, particularly since the industry is still recovering from the economic fallout from the COVID-19 pandemic,” the group said.

IATSE and AMPTP are to return to the negotiating table today following the strike authorisation vote.

UK union Bectu said today that it applauded “the incredible result” of the IATSE ballot.

“IATSE are fighting for basic rights for employers and freelancers, including meal breaks, reasonable rest, sustainable benefits and a fair living wage. These are global issues that affect freelancers across the world, and IATSE’s efforts in securing fair working conditions have sparked a global conversation about ways in which we can better the film and TV industry,” said Bectu.

IATSE’s ballot coincides with the beginning of renegotiation talks between Bectu and Pact regarding the TV Drama Agreement, which Bectu says will focus on tackling a long hours culture and prioritising mental health and wellbeing at work.

Philippa Childs, head of Bectu said: “The extraordinary result of the IATSE ballot really demonstrates how the fight against long hours culture is a global issue that deserves international attention. We are proud to stand alongside IATSE and all workers in the film and TV industry, united in our commitment to eradicate the long hours culture that has plagued the industry for far too long.”