Watch this interview with BBC Director of Sport Barbara Slater, who received the IBC2021 International Honour for Excellence.

IBC’s highest accolade was presented to Barbara Slater in recognition of her role as a pioneer for women in sports broadcasting worldwide. She is the first woman to hold the post. 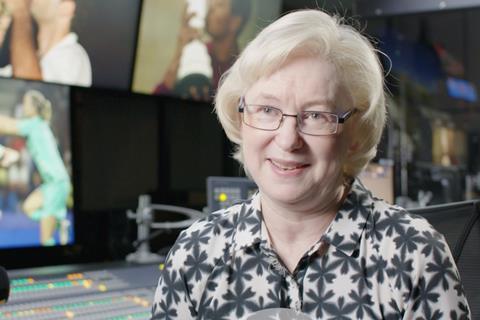 Barbara was appointed BBC Director of Sport in 2009, and one of her first challenges was to develop the remarkable multi-platform coverage of the 2012 London Olympics.

Today, she works closely with other broadcasters and sports bodies, including advising the International Olympics Commission. In 2014 she was made an OBE for her services to sports broadcasting.

Watch the full interview with Barbara Slater on IBC Digital

“I am incredibly honoured to receive this prestigious award. During my time at BBC Sport, I have seen an industry transformed.

“Technology has paved the way for extraordinary quality and an extraordinary range of choice that audiences can now enjoy.” said Barbara Slater.

IBC announced the winners of the highly coveted IBC2021 Innovation Awards, held exclusively on IBC Digital. This year’s awards celebrated collaboration and innovation within the content and technology industry, where organisations identified a market challenge and worked together to create a solution.