Netflix beat its own record by commissioning new original first-run TV or movie content from 28 different markets in the second quarter of 2022, according to research by Ampere Analysis.

This reflects the increasing importance of the international audience to the company’s continued growth, says the research report. 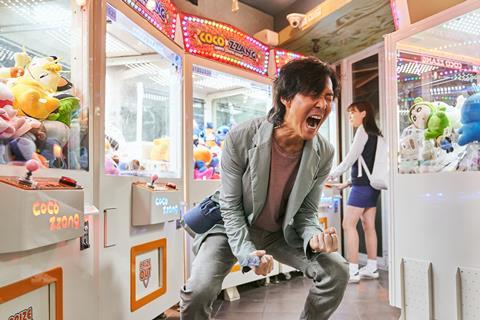 Netflix’s Original show Squid Game: with a new season on the way

Netflix has commissioned new content from 44 territories since the start of 2020, putting it far ahead of its streaming rivals. Warner Bros Discovery’s SVoD platforms (HBO Max and Discovery+) greenlit content from 27 territories over the period, Disney gave the thumbs-up to 23 and former key rival Amazon 21.

Pressure on Netflix to succeed

Ampere’s report states that international diversity gives Netflix a two-pronged path to growth. Firstly, by opening up new markets with the offer of localised originals to entice new subscribers. Secondly, by presenting a key point of difference to rivals in the US and globally through the availability of a truly international array of content.

Netflix’s international commissions have now outranked home-grown US content for seven straight quarters. The pressure is on for this strategy to succeed, given the context of increased competition in the US. Netflix commissioned 22 more US originals in H1 2022 than in H1 2019, however this accounted for 27% of total SVoD commissions in the US, compared to 46% in H1 2019.

Since the start of 2020, the streaming giant has commissioned 664 American first-run TV or movie originals - 50% more than the combined effort of Discovery+ and HBO Max, twice as many as Disney+ and Hulu, and three times more than Amazon.

Fred Black, Research Manager at Ampere said: “At a time where Netflix is feeling the pinch of successive quarterly subscriber losses, a recommitment to an international strategy allows the company to exploit one area where it still possesses an inherent advantage over studio-backed rivals. Disney+ or HBO Max may well make the next Stranger Things or The Witcher but are yet to show themselves capable of the next Money Heist or Squid Game.”

Netflix’s VP of partner solutions talks to IBC Digital about growing the subscriber base of the streaming giant and the importance of content partnerships.