Oscars 2021: Behind the scenes of the winners

With Nomadland taking home awards for best picture, best director and best actress, IBC365 takes a look behind the scenes of the Oscar-winning film and speaks with the DoPs and editors of some of the other winners, including Mank, Judas and the Black Messiah and Promising Young Woman.

The biggest winners were Nomadland, with three awards, while The Father, Judas and the Black Messiah, Ma Rainey’s Black Bottom, Mank, Soul and Sound of Metal each won two awards. Scroll to the bottom of this article for the full list of winners.

Director Chloé Zhao and director of photography Joshua James Richards spoke about their naturalistic approach to stories about American life in the margins in an earlier IBC365 article. 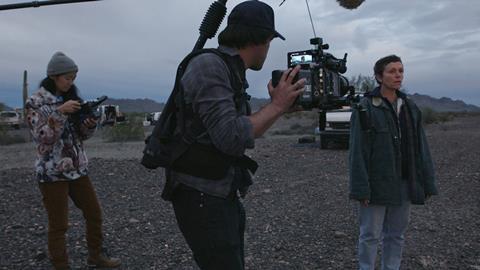 “I am not a documentary maker,” Zhao said of her filmmaking philosophy.

“I think [documentary makers] are so incredibly brave to get know a subject as if what [they] are filming is what is real. I don’t know how to do that. [But] I think audiences want authenticity in their viewing experience and I find that having authenticity in fictional filmmaking really helps to keep their attention.”

The verité style was shot handheld on Alexa Mini cameras by Joshua James Richards. “Something people need to understand about Chloé Zhao is that she is a really conceptual filmmaker,” the DP said. “She comes at things looking at how she can tell the story in a new and innovative way.

Read the full Nomadland behind the scenes article here

It tells the story of Citizen Kane screenwriter Herman J. Mankiewicz, played by Gary Oldman, as he races to finish the Kane screenplay for Orson Welles. 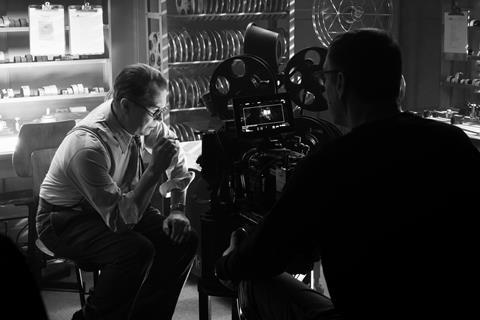 “For this movie we wanted to shoot very deep focus photography for most of the film and then be very specific about where we used shallow focus,” said Messerschmidt. “Shooting on film would have significantly limited our creative choices, particularly with focus and depth of field.”

Aside from black and white, deep focus is the principal aesthetic in Mank, which was shot with a Red Ranger Helium Monochrome.

Read the full Mank behind the scenes article here

Daniel Kaluuya picked up the award for best supporting actor for his role in Judas and the Black Messiah, the story of Fred Hampton, the firebrand leader of the Black Panther Party who was killed in 1969. The film also won best original song.

The story weaves the rise of Hampton (played by Daniel Kaluuya - pictured below) with that of petty thief turned FBI informant William O’Neal (Lakeith Stanfield). In doing so, the film is structured a little like Martin Scorsese’s The Departed, with two lead protagonists. 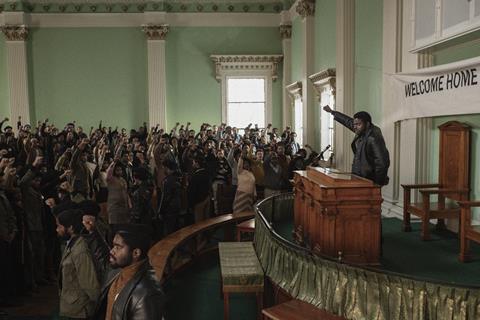 “This is not a documentary or a docudrama,” Sprague said. “Even if we know far more about Hampton’s life from documentary footage, stills and newspaper articles than anyone does about O’Neal, our story is very much a balance between these two.”

Sprague also explained why they made multiple cuts of the story.

Promising Young Woman was nominated in a host of categories, including best director (Emerald Fennell) and best actress (Carey Mulligan, for her portrayal of ‘Cassie’), but triumphed in the best original screenplay category with Emerald Fennell picking up the award.

Editor Frédéric Thoraval spoke with IBC365 about how he cut the feature. “Normally with a revenge movie you have a trauma at the very beginning and the revenge is motivated from that,” he said. 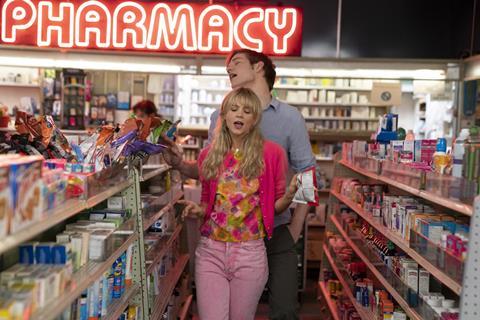 “In this case, you discover gradually that there was a trauma in Cassie’s past at the same time as you see her try to make other people aware of what happened and the impact of what they’ve done. What I loved about the script was that Emerald keeps a lot of question marks so you don’t know what to expect next.”

Tenet, which won the best visual effects award, required 300 VFX shots but maestro Christopher Nolan’s desire was to film as much in-camera as possible.

“He wanted everything to feel grounded in the real world and not appear magic,” explained Dneg VFX supervisor Andrew Jackson.

Wrapping their heads around a story that works forwards and backwards often in the same scene was the first problem.

“After the fourth script reading, I’d got to point where I thought I understood but trying to explain it to someone else was another matter,” Jackson says.

The winners in full: