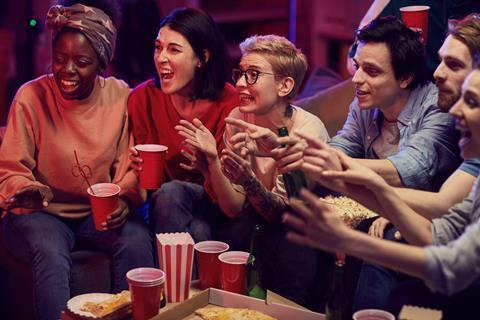 There continues to be a role for public service broadcasters (PSB) in the UK, despite their day-to-day influence and relevance declining among younger audiences, according to new research published by regulator Ofcom.

The research found that younger audiences (aged 16-24) are attracted to streaming services like Netflix because they easily serve up relevant, personalised content with the talkability factor, supported by strong social media marketing.

But even these younger audiences are typically keen to retain PSB, valuing the sense of ‘societal glue’ they bring, along with high-quality British content and news.

The research, conducted by Jigsaw Research, was carried out as part of Ofcom’s work on the future of PSB, Small Screen: Big Debate.

Its purpose is to stimulate a national conversation involving viewers, the broadcasting industry, Parliament, and regulators about how the benefits of PSB might be assured for the future.

The research asked viewers and listeners from across the UK to talk about their use of PSB content, its role and relevance in their lives, and how that might change in the future.

For the younger age group, the research said Netflix or YouTube is typically the first port of call when looking for something to watch, and Spotify or Apple Music when looking for something to listen to. Those Gen Z audiences still living at home are predominantly watching and listening to content in their bedroom, where they have total control over what to consume.

However, the Ofcom research said that analysis of media diaries suggests that the amount of PSB content being consumed can often be significantly underestimated, in part due to young people often watching ‘hero’ content using the streaming services, which tends to be recalled more. ‘Hero’ content refers to programming that is particularly noteworthy and talked about, such as Peaky Blinders, Power, You, Sex Education and 13 Reasons Why.

There is also low awareness that some of the content being watched through a streaming service was originally produced by a PSB, with a number of their favoured shows originating on PSB channels, such as Peaky Blinders which was commonly watched on Netflix rather than through the BBC. The Ofcom research said that credit tends to be given to the service that delivers younger audiences the content that they want to watch in a user-friendly manner, with little thought as to the brand responsible for the content’s production.

The research also found that PSB master brands - BBC, ITV/STV, C4 and C5 - are seen to have distinct identities across all age groups. However, sub-brands like BBC Two, ITV3, More4 were often seen to lack distinct identity, particularly among younger audiences. Younger audiences, in particular, can struggle to articulate differences between the channel brands and are rarely able to identify shows found on each channel. The key exception to this is ITV2, which is seen as the home for younger audiences.

The research also found that all except the most engaged audiences feel that PSBs need to work harder to provide relevant programming and make it as easy as possible to access across the generations.