Reed Hastings is stepping down from his role as co-chief executive of Netflix.

Hastings is handing over the reins to long-time partner and co-CEO Ted Sarandos and chief operating officer Greg Peters, who also becomes co-CEO. 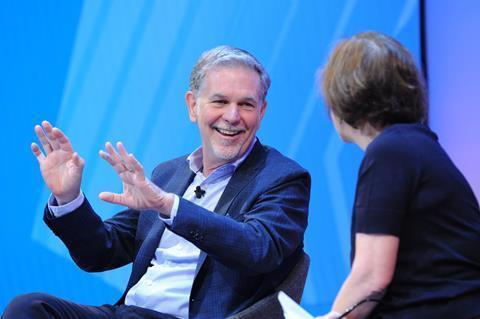 His announcement came on the same day that Netflix said that it grown subscriber numbers more than expected at the end of last year.

Amid a cost-of-living crisis, people were expected to cut back on streaming services. The company has been under pressure after losing customers in the first half of 2022.

However, the streamer said it added 7.66 million subscribers in the fourth quarter, beating Wall Street forecasts of 4.57 million with help from the Harry & Meghan series, Addams Family spin-off series Wednesday and the film Glass Onion. Revenue rose to $7.9bn (£6.37bn) in the fourth quarter.

In a statement, Hastings said: “I’m so proud of our first 25 years, and so excited about our next quarter of a century. We can do so much more to better entertain the world and deliver more joy to our members.”

He said that the Netflix board had been discussing succession planning for many years, and that as part of the process Sarandos was promoted to co-CEO in July 2020, and Peters to Chief Operating Officer.

“In the last 2½ years I’ve increasingly delegated the management of Netflix to them. It was a baptism by fire, given COVID and recent challenges within our business. But they’ve both managed incredibly well, ensuring Netflix continues to improve and developing a clear path to reaccelerate our revenue and earnings growth. So the board and I believe it’s the right time to complete my succession.”

Hastings will now serve as executive chairman. “I’ll be helping Greg and Ted, and, like any good Chairman, be a bridge from the board to our co-CEOs. I’ll also be spending more time on philanthropy, and remain very focused on Netflix stock doing well.”