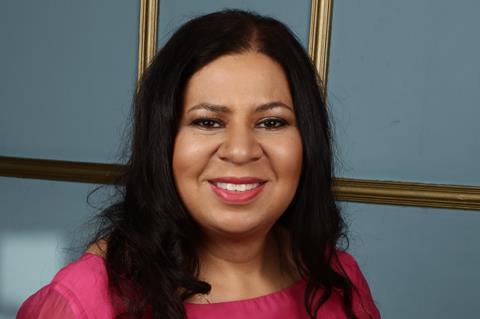 There is a danger that efforts to make TV a more inclusive industry might be damaged by cuts resulting from the fallout of Coronavirus restrictions.

Chair of the RTS Diversity Committee Angela Ferreira has warned that cuts to budgets could result in production companies relying too heavily on “endless internships” to cover gaps in teams.

Speaking to IBC365 for the first episode of The IBC Podcast, she said: “That situation only benefits very few people and it certainly doesn’t benefit us in having a fully inclusive industry.

“If someone can go and work for a year because they have parents who can support them and a house in London, that isn’t the situation we want to be in.”

As well as leading the RTS’ diversity efforts, Ferreira is managing director of Douglas Road Productions, the Endemol Shine-backed production company set up by Sir Lenny Henry in 2014.

With many advertisers pulling campaigns during lockdown, broadcasters have suffered from a slump in revenue. In March, ITV announced it was planning to cut its programme budget by at least £100m and senior execs at the free-to-air broadcaster have taken a 20% pay cut and had their annual bonuses scrapped.

Another UK broadcaster, Channel 4, announced in April that its 2020 content budget would be cut by £150m.

Despite the reductions, Ferreira struck an optimistic tone. She said: “Obviously we don’t want big budget cuts but we had some of this following the last financial crash, and these things did recover so hopefully it’s temporary.”

Ferreira also called for greater scrutiny of figures relating to the number of BAME employees working in the media industry.

Amid growing support for the Black Lives Matter movement many broadcasters have issued statements of support and pledged to increase diversity in front and behind the camera.

Ferreira welcomed the statements but called for “rigour and accountability”.

She said: “For too long people have been able to muddy the waters about who they are employing…while it is important to have representation across the workforce, who is making the decisions? I am not interested in hearing endlessly about mentoring, training schemes and shadowing schemes. Where is the retention? Where is the growth? Who is climbing the career ladder?

“The whole industry needs to look at itself and say who is making these programmes and films and telling these stories, and have we got a fair representation of the population? If the answer is ‘no’, what are we going to do about it?”