Research by training organisation ScreenSkills on unscripted TV has laid bare a wide range of skills needs with a particular focus on shortages in the “squeezed middle” of experienced crew.

The report, which is designed to support the work of its new Unscripted TV Skills Fund, examines skills shortages, gaps, hiring policy and practice, inclusion, training and perspectives on the future. 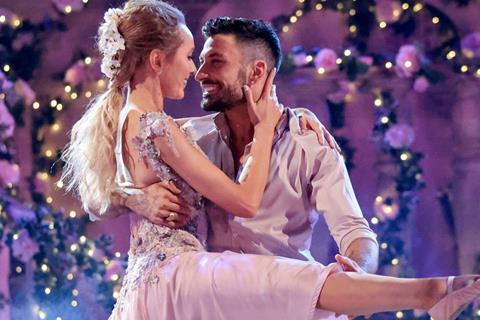 Key findings of the report include a recognition of the importance of supporting experienced mid-level crew where there are particularly acute skills shortages, as well as highlighting challenges in recruiting and retaining people with the right skills and experience across all genres, roles and production hubs.

The impact of Covid-19 has exacerbated the situation, with increased illness and absence and people leaving the industry coupled with a significant increase in production over the last 18 months.

However, the report says: “It is broadly acknowledged that the recruitment and skills challenges faced by employers right now have been in the pipeline for many years and the Covid-19 pandemic has simply brought many underlying issues to the surface.”

Shortages are particularly acute among production management and senior editorial roles and reflect “an apparent fundamental misunderstanding at entry level of the qualities, skills and aptitude to work in the unscripted sector”.

The hardest to recruit roles were named as production coordinator, production manager, editor and series producer – with no clear differences relating either to genre or geography.

Shortages are shown to lead to problems including over-promotion, rate inflation and senior staff stepping in to complete junior responsibilities and, at worse, productions being delayed.

A historical under-investment in production roles, a general increase in commissions, more poaching of people, and high levels of burnout were also blamed for shortages.

Increased budgets and schedules to help retention by enabling a better work-life balance and recognition of increasing workloads were offered as potential solutions.

The most common skills gaps identified by respondents in those they worked with were financial and budgetary skills, scheduling and project management skills.

The report notes that social media has been a “gamechanger” in reaching freelance production talent, but the casual nature of hiring “still presents barriers to broadening the scope of applications”. Commissioners’ insistence on “named” hires can also undermine the development of local – out-of-London- talent.

On inclusion, the report highlights that short-term contracts, low pay and volatile, unpredictable working conditions do not equate to job stability and means unscripted TV is not accommodating or attractive to those who do not have the finances and confidence to withstand those conditions.

A lack of applications from under-represented groups was cited as the most common factor preventing recruitment of a more diverse workforce.

The most significant changes likely to affect unscripted production and its workforce over the next 18 months to two years were: increased focus on diversity and regionality; the impact of technology on working practice; greater presence and related impact of SVODs; and increased pressure on and from broadcasters.

The research showed broad backing for greater engagement with schools, colleges and universities to highlight the wide range of job roles in unscripted TV to encourage more entrants in.

It says: “It was universally acknowledged by interviewees that there is an acute absence of basic skills across unscripted roles and genres that risks becoming endemic and perpetual.”

There is a talent pipeline issue, with too few production coordinators entering the sector and, at the other end of the hierarchy, the industry “haemorrhaging” experienced production managers.

Concerns were also raised that it was now the norm for editorial talent to follow a specialist path in shooting, casting, directing or editing from an early career stage, making it increasingly difficult to gain a well-rounded range of experience.

It was observed that training for unscripted has also been affected by a diminution of the BBC as the trainer of the industry.

“Those of us who are involved in the Unscripted TV Skills Fund are committed to precisely that – improving the situation after years of underfunding. The commitment of broadcasters, streamers and production companies to increasing investment and working together in the interests of the unscripted TV industry is fantastic. However, as you will see, there is a lot to do.”

The Unscripted TV Skills Fund is a new fund that went live on 1 June 2021 to address skills gaps and shortages in unscripted television across the UK and build a bigger pool of off-screen crew and talent in the nations and regions.

The full research can be read here on the ScreenSkills website.