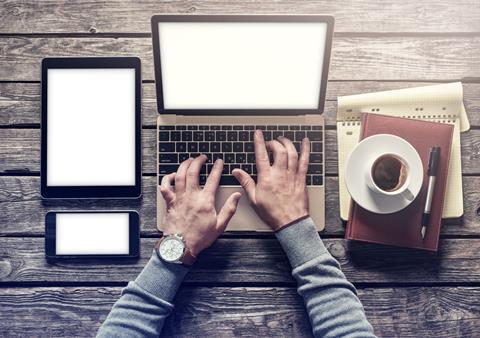 Apple: Saw revenues jump 11% thanks to new demand for Macs and iPads

Tech giants Apple, Amazon, Facebook and Google reported better than expected earnings for the second quarter of 2020, despite the economic upheaval caused by coronavirus.

The earnings results of four of the largest US tech firms beat most analyst expectations, proving their business resilience after their CEOs were grilled by the US Congress about their market power and influence.

Amazon’s sales rose an impressive 40% for the three months ending 30 June to $88.9bn (£67.9bn) - its strongest year-on-year growth in years. Profits rose to $5.2bn, double what it earned in the same period last year.

Amazon said it had hired 175,000 new employees because of extra online sales during the coronavirus pandemic, and that it planned to retain 125,000 of them permanently.

Amazon said its surge in profits came despite Covid-19 costs reaching $4bn for the period, with spending on protective equipment and bonuses for staff.

Meanwhile, Apple said quarterly revenues jumped 11% year-on-year to $59.7bn. The boost came despite fears that store closures because of coronavirus would affects its business.

The shift to remote working and schooling helped drive demand for new devices, such as Macs and iPads, both of which saw double-digit gains. Profits hit $11.25bn, up from $10bn in the same period a year ago.

Apple said the release of the low-cost iPhone SE in April had helped to boost sales.

At Facebook, revenues rose 11% to $18.7bn, as small businesses continued to turn to the company to advertise. The firm’s profits hit almost $5.2bn for the quarter.

The firm said 2.4 billion people were active on its social media platforms and messaging apps on average in June, up 15% from last year. That included nearly 1.79 billion daily active users on Facebook, up 12% year-on-year.

As lockdowns have eased, Facebook – which also owns Instagram and WhatsApp - said it was “seeing signs of normalisation in user growth and engagement”, warning those figures could flatten or decline in the months to come.

The firm warned that a boycott of its advertising services by major advertisers over hate speech on the platform would impact growth in the current quarter.

Meanwhile, Alphabet, which owns Google and YouTube, also reported revenues last week, which were $38.3bn, down 2% from a year ago, as businesses cut back on ad spending.

It was the first year-on-year decline in quarterly revenue for the search giant, since Google became a publicly-listed company in 2004. However, analysts had expected worse damage.

Profits dropped about 30% year-on-year to roughly $7bn. Despite the fall off, Google executives said that conditions had improved as the quarter progressed, and indicated that they are cautiously optimistic for a return to growth in the current period.