The Banshees of Inisherin leads the nominations for this year’s Golden Globe Awards with eight nods. 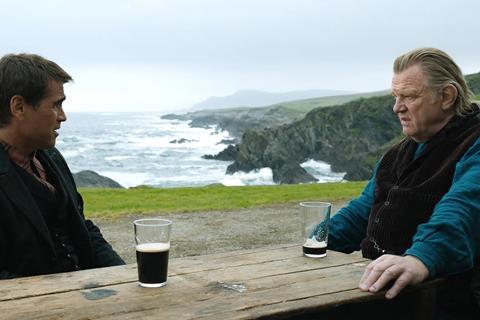 The Banshees of Inisherin

Daniel Kwan and Daniel Scheinert’s sci-fi action comedy Everything Everywhere all at Once came in second with six nominations, including nods for Michelle Yeoh, Ke Huy Quan and Jamie Lee Curtis.

The nominees for best film (comedy or musical) are The Banshees of Inisherin, Everything Everywhere All at Once, Glass Onion: A Knives Out Mystery, Babylon and Triangle of Sadness.

Abbott Elementary, a sitcom about the teachers and students in a Philadelphia public school, earned the most nominations of any TV show with five. Those included nods for best television series (musical or comedy), as well as for creator Quinta Brunson’s lead performance.

Five shows - The White Lotus, Dahmer, The Crown, Pam & Tommy and Only Murders in the Building - scored four nominations apiece.

The Crown is one of five contenders for best TV series (drama), joining Better Call Saul, Ozark, House of the Dragon and Severance.

Organisers of the film and TV awards are attempting to rebuild its reputation after A-listers and studios boycotted last year’s event over voters’ lack of diversity, alleged corruption and lack of professionalism.

Tom Cruise was also among big names to criticise the awards, and in 2021 he handed back his three Golden Globes in protest at its lack of diversity.

The awards’ organisers have since embarked on a series of public reforms, including expanding its voting body to include people with more diverse backgrounds.

For Hollywood studios, the Globes can be a useful marketing tool that helps drive audiences to contenders ahead of the Academy Awards, which will be held on March 12.