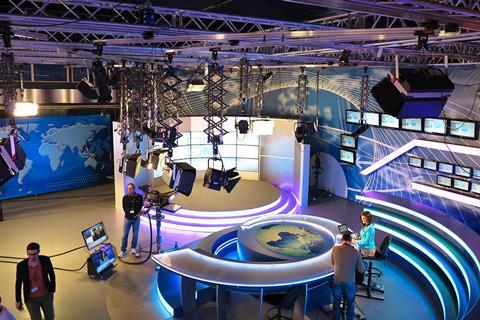 Coronavirus: Impact to be felt twice as hard by creative freelancers

The UK’s creative industries are on “the brink of devastation” due to the Covid-19 crisis, and face a projected £74 billion fall in turnover and the loss of over 400,000 jobs this year.

It found that UK’s creative sector was previously growing at five times the rate of the wider economy, employing over 2 million people and contributing £111.7 billion to the economy - more than the automotive, aerospace, life sciences and oil and gas industries combined.

However, the Oxford Economics report, titled The Projected Economic Impact of Covid-19 on the UK Creative Industries, projects that the creative sector will be hit twice as hard as the wider economy in 2020, and that many creative sub sectors are expected to lose more than half their revenue and over half of their workforce.

Despite the government’s Job Retention Scheme, the report projects that 119,000 permanent creative workers will be made redundant by the end of the year.

The impact on employment is set to be felt twice as hard by creative freelancers with 287,000 freelance roles expected to be terminated by the end of 2020.

The report projects a combined £74bn turnover loss in the creative industries over the course of 2020 compared to 2019, a fall of 30%.  The greatest turnover drop is expected to be experienced in the second quarter, with “very modest improvements” over the third and fourth quarters.

Drilling down into specific sectors, the report said that the film, TV, video, radio and photography industries might lose £36bn in turnover compared to 2019, a fall of 57%. Meanwhile, 42% of jobs (102,000) may go as social distancing constraints affect cinema capacity and the cost of filmmaking.

The post-production industry is estimated to see turnover from drop from £1.3 billion in 2018 to £591 million in 2020, equivalent to a seven month-long turnover hiatus.

The radio broadcasting industry might see turnover fall from £890 million in 2018 to £691 million in 2020 as it sees a decline in advertising.

Advertising spend, which reached £25.4bn in 2019 is projected to fall to £21.1bn, meaning a year-on-year reduction of 17%. The most severe drop is expected during the second quarter, while improvements are predicted for quarter three and quarter four.

Creative Industries Federation CEO Caroline Norbury said: “Our creative industries have been one of the UK’s biggest success stories but what today’s report makes clear is that, without additional government support, we are heading for a cultural catastrophe.”

Norbury added: “We urgently need a Cultural Renewal Fund for those in the creative sector who will be hit hardest, including those industries who will be latest to return to work, those businesses unable to operate fully whilst maintaining social distancing and those creative professionals who continue to fall through the gaps of government support measures. We must also avoid a cliff-edge on vital measures such as the Job Retention Scheme and the Self Employed Income Support Scheme, which have been a financial lifeline for many parts of the creative industries and cannot be cut off overnight.”