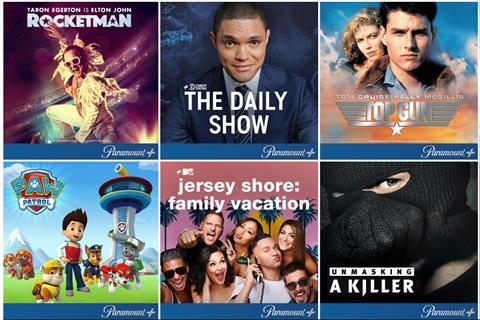 ViacomCBS is considering a plan to rebrand its streaming services as Paramount+, according to a report in today’s Financial Times.

The FT report says the aim is to create one “super-service” to compete with the likes of Disney+ and Netflix.

The renaming of CBS All Access is being considered partly because ViacomCBS management believes the CBS brand appeals mainly to an older audience, according to the FT.

Paramount+ is the name said to be top of a shortlist for the new brand, although no final decision has been made.

News of the potential rebrand comes in the same week as the death of Sumner Redstone, whose media empire includes ViacomCBS.

His daughter Shari Redstone took charge of Viacom and CBS as her father’s health declined in recent years, reuniting the companies last summer to help them compete with larger rivals such as Disney and AT&T.

Its assets include cable channels MTV and the Paramount film studio as well as the broadcast network CBS.