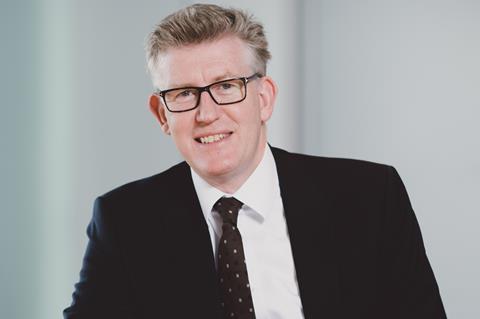 Ofcom has named Jonathan Oxley as interim chief executive, as speculation grows about who will replace departing chief Sharon White.

Oxley, who is currently group director for competition as well as an Ofcom board member, will take the reins when White departs the regulator at the end of November. She is leaving to become chair of the John Lewis Partnership.

Ofcom said the process to appoint a permanent successor is ongoing, with the role unlikely to be filled until after the UK general election on December 12.

On his appointment, which will see him take on the full responsibilities of chief executive as well as its accountable officer, Oxley said: “I’m delighted the Board has asked me to become interim chief executive. I’m looking forward to delivering on our priorities for people and businesses.”

The announcement came as the Guardian reported that the regulator has tapped up the UK’s most senior female civil servant, Melanie Dawes, about replacing White. Dawes is currently permanent secretary at the ministry of housing, communities and local government, a role she has held since 2015.

Ofcom’s selection panel, which is led by chairman Lord Burns, is ready to appoint Dawes who, the report claims, is interested in taking on one of the UK’s most senior regulatory positions.

Of Oxley, Burns said: “Jonathan is extremely well equipped to step up to provide important continuity for Ofcom and the sectors it regulates.”

Any appointment requires the approval of the secretary for digital, culture, media and sport, and with the UK now entering a phase of campaigning ahead of the recently called election, there is the prospect of a new culture secretary making the decision.

Dawes boasts a three-decade career in the government, including 15 years at the Treasury, five years at HMRC and four years at the Cabinet Office. She also serves as the government’s diversity and inclusion champion in a role she took on earlier this year.

Earlier this year, White challenged the industry over its efforts to boost diversity, claiming the UK media sector is “not shifting quickly enough”.

White joined the regulator in 2015 from the Treasury but will move to one of the most high-profile jobs in the British retail sector in her new role, which will include overseeing the John Lewis department stores and the Waitrose supermarket chain.