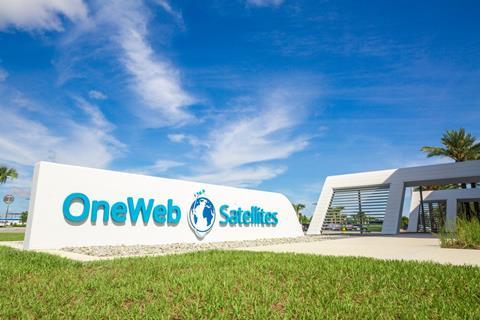 The joint venture between OneWeb and Airbus has reimagined the manufacturing of communication satellites and the first to employ industrial-scale mass-production techniques for satellites.

OneWeb Satellites chief executive Tony Gingiss said: “OneWeb Satellites and its partners are transforming the satellite and space industry. By producing high-quality satellites at a fraction of the cost and schedule of traditional manufacturers, we are not only enabling OneWeb to connect the planet, we are making space dramatically more accessible to everyone.”

The facility’s production capabilities will first support the rapid scaling of the OneWeb network, starting with a constellation of 650 satellites and scaling to 1,980 satellites delivering global connectivity.

The high-performance communication satellites built in this facility will enable high-speed internet access targeted at half of the world’s population which remains unconnected.

Earlier this month OneWeb satellites successfully streamed AC/DC in high definition live from space in its trial of six Low Earth Orbit (LEO) satellites which have speeds of more than 400 Mbps.

OneWeb chief executive Adrian Steckel said: “This is a defining moment in the history of OneWeb, and the space industry. With today’s opening, we are one step closer to connecting the unconnected for the benefit of societies all over the world.

“As we gear up for more satellite launches at the end of the year, this facility will ensure we can begin delivering global connectivity in some areas as early as next year and globally in 2021.”

The 105,500 square foot production facility, which has two production lines capable of producing two satellites a day, is helping to revitalise Florida’s Space Coast with 250 new high-tech jobs and 3,000 indirect jobs through the supply chain.

Government officials including US Secretary of Commerce Wilbur Ross, US Senator Rick Scott, US Rep. Bill Posey, FCC Chairman Ajit Pai, Assistant Secretary of State for Economic and Business Affairs Manisha Singh, and business and community leaders in Merritt Island, Florida near the Kennedy Space Center attended the official opening with the team.

FCC chairman Ajit Pai said: “Since my first day as Chairman of the FCC, my number one priority has been closing the digital divide and bringing the benefits of the digital age to all Americans.

“Promoting innovative technologies will be critical to accomplishing that priority. Satellite constellations have the ability to deliver broadband services using a new generation of low-Earth orbit satellite technologies.”

Great to show @SenRickScott around the new satellite production facility this morning & to chat about how the OneWeb network will bring transformative internet connectivity. Hosted by @TGingiss, @greg_wyler, @adriansteckel and C. Jeffrey Knittel from @AirbusInTheUS #NewSpaceRace pic.twitter.com/euFx12051j