The House of Lords has launched a public inquiry to investigate the future of public service broadcasters amid rising concerns Netflix and Amazon will overthrow traditional broadcasters.

The UK Communications Committee has launched a public inquiry to investigate the future of public service broadcasters amid rising concerns Netflix and Amazon will overthrow traditional broadcasters. 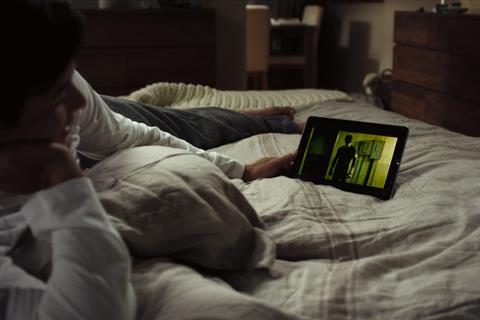 BBC, ITV and Channel 4 are facing “mounting challenges” in retaining viewership with the growing competition from video-on-demand (VOD) streaming services.

According to the House of Lords Select Committee on Communications conventional TV viewing fell by 5% last year, while between 2015 and 2018 the number of UK homes with access to a subscription VOD service has doubled.

The Lords Committee has opened calls to organisations and individuals to submit evidence on the state of the UK public service broadcasting (PSB) seeking to address if broadcasters have done enough to compete in the growing VOD content landscape.

The investigation will examine the consequences of the rise of VOD services and the declining audiences of linear TV viewing for the production of original UK content for UK audiences.

The House of Lords chairman of the committee Lord Gilbert of Panteg said: “PSBs must fulfil a range of obligations, including on the volume and type of adverts they show, programming in specific genres, the way they commission content, the audiences they serve and the watershed.

“On-demand services do not have these obligations and it has been suggested that these big budget productions are pricing public service broadcasters out of the market by inflating production costs. The committee will investigate if the concept of public service broadcasting retains some value, what form it should take in the future and how it could be financially viable.”

Streaming services including Netflix and Amazon Prime have made available thousands of hours of content for subscriptions which start at £5.99 per month, this is less than half the cost of a TV licence and proven to hold substantial global reach as distributions and producers.

The Committee concluded: “This has created mounting challenges for PSBs,” noting that conventional TV viewing by under 25 year olds has halved since 2010.

Planning for the future

The committee has asked for contributions on questions such as:

Research for Ofcom suggested that Netflix has a strong appeal to BAME groups, who see it as more representative than the BBC.

There are concerns on-demand services have become less willing to co-produce programmes with public service broadcasters, despite 80% of investment in UK production is from PSBs.

Subscription VOD services increasingly commission UK content, including high-profile programmes such as The Crown and The Grand Tour.

PSBs are concerned with maintaining visibility in a fragmented market operating across different platforms, according to the Committee, the range of obligations including the volume and type of adverts they broadcast, programming specific genres and commissioning content are not mirrored from its new competitors.

Money matters
The call for evidence also pointed to the debate on financial obligations.

It said: “Despite an estimated gross annual revenue of over £800 million in the UK in 2017, Netflix’s UK subsidiary declared taxable profits of just £1.12 million. France and Germany have introduced levies on on-demand services which are used to finance original locally produced content.

“PSBs have launched their own on-demand services, including iPlayer, ITV Hub and All4. While these have focused on ‘catch-up’ services, in February 2019 the BBC and ITV announced Britbox, a new subscription service providing a range of archive and specially-commissioned content.”

The Committee expects to hear oral evidence from invited witnesses from March to July 2019 inclusive and intends to report in the autumn. The Government has undertaken to respond in writing to reports from select committees.