Inside the SRT plugfest: Demos, debate and technical growth

The arrival of high-quality, low-latency video streaming has much to do with the widely adopted SRT protocol. George Jarrett speaks to Haivision CMO Peter Maag about recent developments.

In terms of open source history, the Secure Reliable Transport (SRT) protocol was a generous, vital and potent donation to a fast-evolving content delivery business, when founding company Haivision open sourced it at NAB 2017. 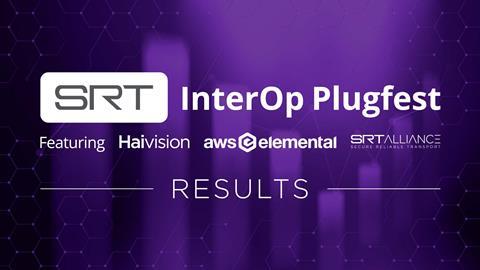 The SRT Alliance, with Avid, Microsoft and Telestream as advisory members above a mighty cast of ambassador and platinum members, soon followed as the collaborative and promotional engine. The first plugfest was staged after NAB 2018, which attracted a handful of participants.

Looking back at five days of the most recent event, titled SRT InterOP, Peter Maag, CMO of Haivision, says: “It has grown. Typically, there are the same anchors that are kind of repeat offenders, but a whole bunch of new blood has come on in and they want to join the technical discussion.”

“It was very much a virtual community effort. SRT is a protocol that enables people to send their streams from anywhere to anywhere, so nobody had to be on site,” he adds. “There was the guest webinar, which AWS helped us with, and all the communications were done over Slack. There were traceability test results and documents which we created the foundation for, but it was the community that took control of them and made sure everything was complete.”

“There was no heavy lifting, but we had a new facility, Haivision Hub, which provided cloud routing. All Haivision had to do was light up a bunch of accounts within that hub. This type of event encourages communication among the engineers and they are the foundation of technical growth in the industry,” adds Maag.

For all the timing

What specific goals does the SRT Alliance have going forward? “There are two kinds of spirits going on. One is the spirit of the creatives and the engineers, that keeps pushing the boundaries. The other is the spirit of the Alliance, which tries to promote the adoption of SRT and change the way people in the industry think,” says Maag. 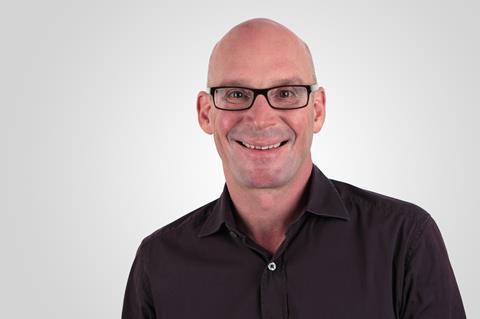 “From a technical perspective the advancements have been on two sides. One is the finnicky art of getting video over the network with low latency, so one of the initiatives is really in the tuning where we constantly enhance the algorithms for the Automatic Repeat Request (ARQ) package loss recovery. This is for all of the timing, everything associated with the transport.”

The other big deal is feature development. “That’s what people are really interested in. As far as features go, we started by adding file transfer and adding things like multiple streams over the same EDP port, with Stream ID. This is necessary to kind of replace some of the old RTMP workflows,” he adds. “And we recently added in a kind of SRT GitHUB land, with what are called socket groups. These allow multiple streams to be sent and achieve certain levels of redundancy or bonding.

“That is the technical side, and during the plugfest people are really interested in testing, not only the compatibility, but the advanced feature set or the advanced implementation of the protocol. The Alliance is there to not only promote SRT but to further the adoption of open source in our community. We get people telling stories about how easy it is to implement and what types of workflows SRT enables.”

The spirit of open source

And wow there are some really creative workflows to be found. “A lot the industry is transitioning from a simple contribution with SRT to multi-cloud workflows and microservice connections with SRT,” says Maag. “The spirit of open source, for me, has been the major impact in the industry and it is what makes our engineers so proud.”

“Everybody asks why the heck we did it. Fundamentally, a protocol is free and somebody is going to do it at some point, so we decided to open source SRT and in doing so we created a movement in the industry driven by adoption,” he adds. “It has helped Haivision in two ways – in partnerships and thought leadership in the industry. We have always been very open as a company, but with SRT and the Alliance it has allowed us to engage in discussions at an advanced level with every streaming and broadcast supplier in the world. You can see that coming out with Avid and Telestream.”

On the thought leadership front, Haivision staff get to engage in very high-level conversations with customer groups who are looking to move to advanced cloud workflows. “It is not something you can measure, but SRT has certainly been very beneficial for taking that leadership position in the industry,” says Maag.

“One of the beauties of SRT is that our engineers packaged it up so cleanly for launch, so it is bullet proof on implementation,” Peter Maag, Haivision

Is open source the way to go on wider and other fronts? “We are hoping, and our engineers are hoping. I visited some of the hardcore broadcast engineers and they said how proud they were of Haivision for starting this. I visited a lot of people who are involved in standards organisations, and open source is the new standard,” he continues. “So, we are hoping it inspires other people to do the same thing with fundamental technologies.

“One of the beauties of SRT is that our engineers packaged it up so cleanly for launch, so it is bullet proof on implementation. Most of the incompatibilities discovered were in the contents of what SRT was transporting, such as MPEG compatibility. What’s really much more interesting is the people using those advanced features like Stream ID and socket Groups. That’s where you are getting that technical, technical discussion on how best to implement and where some of the shortcomings are. It is that group of engineers that are the foundation of knowledge when they are collaborating on tuning algorithms.”

Does the plugfest act in any way as a membership recruitment opportunity? “We do a very good job of marketing SRT, but we have never promoted membership in the Alliance. This has just happened organically, and the plugfest isn’t there to provide anything other than a technical discussion between members,” explains Maag.

“We have guys who are very eager and active, and then you have a whole different set of people who missed out and they are really struggling with how to transport video. They just want to join the technical discussion, that raw engineer-to-engineer thing.”

“SRT is truly a powerful interoperability enabler. It is actually far easier today to name the handful of companies who are not members of the Alliance,” Jan Weigner, Cinegy

Speaking for ambassador member company Cinegy, CTO Jan Weigner observed: “The plugfest proves once more that SRT is truly a powerful interoperability enabler. It is actually far easier today to name the handful of companies who are not members of the Alliance. SRT has become ubiquitous.”