Probecom antenna will travel in the hold

This year’s IBC sees Probecom showcase its newly-developed 0.75 metre manual carbon fibre flyaway antenna, which the company describes as light weight, high precision and high efficiency. It is also said to be corrosion resistant. Its design means that the antenna can be assembled in less than three minutes by one person. It is also said to be sufficiently small that it can be transported as airline baggage. The antenna is rated to IP65. 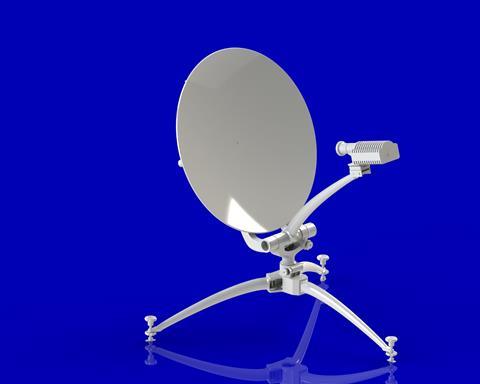 The 0.75 metre antenna can be erected in three minutes

According to the company, thousands of its antenna products have been exported and installed in more than 100 countries and regions by satellite companies and operators, broadcast companies and service providers, satellite communication system integrators and GSM operators.