Google Earth VR to enhance digital exploration of the world

Google Earth has given usersthe ability to explore the world using the internet. Google Earth VR now enables audiences to fully immerse themselves in the universe using virtual reality (VR). 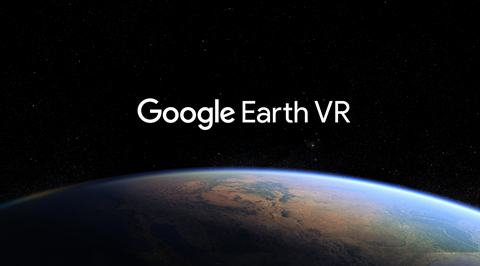 The world has so many beautiful and amazing places to visit. If we’re lucky, we’re able to travel and see a few of them. But even the most active travellers can only see a fraction. What if we could see them all? We started this project to essentially let the world see the world. We wanted to take advantage of the immersiveness that virtual reality enabled and allow people to do things they’d never been able to do before. Like fly over cities, stand at the top of the highest mountain peaks, and even soar into space.

In 2015, our team at Google embarked on a 2 year journey to bring together the world-scale imagery of Google Earth with the depth and immersion of virtual reality. Previous versions of Earth were limited to a small viewing window, but none of them gave you the experience of being there. We wanted people to re-live memories of their childhood homes, visit places that they have never visited, and experience the world from impossible perspectives.

What made bringing a good user experience to virtual reality so hard was the sheer scale of the Earth, human perception challenges, and the lack of existing design patterns. Designing for consistency regardless of where the user is on Earth meant our solutions had to be procedural. Moving users around the virtual world induced a form of nausea called simulation sickness, so we had to invent locomotion techniques that considered human physiology.

Designing 2D interfaces in a 3D world meant considering distance in addition to angular size for comfort and legibility. Finally, creating a believable and immersive environment meant crafting a rich ambient soundscape, playing with the right haptic vibrations, and introducing physics to interactions.

Through extensive cross-functional prototyping, cognitive walkthroughs, and usability testing of our hypotheses, we were able to create a powerful and intuitive exploration experience that appeals to both avid gamers and VR novices alike. Our insights on Earth VR have set the foundation for what makes a delightful, comfortable, and usable VR user experience and will inform future VR applications as the technology continues to mature.

The majority of the technical development was done in-house but we did partner with creatives who helped us increase delightfulness and immersion through the addition of carefully crafted soundscapes and cinematic tours. Our challenges were more philosophical in nature (e.g. what should moving the Earth sound like?) which made for some fun discussion and experimentation.

Doing so was an immense challenge. In addition to the technical difficulty of rendering the entire earth fast enough keep players immersed, virtual reality required us to discard what we knew about screen-based design. To design for VR, we had to dive deep into human ergonomics, physiology, and perception. Our team relied heavily on human-centered methodologies to ideate on and evaluate the usability of our product.

As a result, we have solved some of the toughest foundational UX challenges such as VR locomotion on a global scale, simulation sickness, and patterns, and interactions models.

Since our launch in November 2016, we have been amazed to see the positive response from the community and were thrilled to win the Lumiere Century Award for raising environmental awareness. We are excited to take this even further and collaborate with organisations like NASA to help inspire people to learn about things like climate change and take action to help preserve the Earth.

The first time people try Google Earth VR, they’re often overwhelmed by being able to fly over cities and move the land under their feet. And when they find a brand new place they didn’t know was out there, it can be a pretty profound feeling. One of my favourite stories is from a user who wrote to us to tell us how much his grandmother loved using the app.

Over the holidays, he had her try it and she showed him where she grew up, even pointing out the path she walked to school every day.

Through Google Earth VR, he was able to connect with her in a way he’d never been able to do before. We’re excited to play a part in enabling people to visit new places and helping people connect in new ways. At the end of the day, we hope that these experiences help people realise how big, precious, and diverse our planet is. 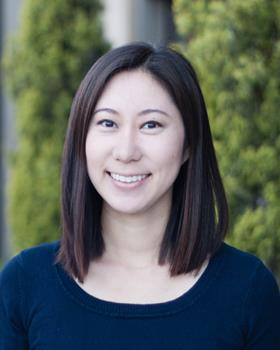 Developing for a new medium with little to no existing design paradigms has given me a newfound appreciation for rapid prototyping and experimentation, in addition to reminding me of the virtues of both patience and persistence.

Highlighting innovation and recognising those who have dared to try new things is invaluable to maintaining a vibrant ecosystem. We’re honoured to be on the shortlist for the awards and look forward to being a part of the community.