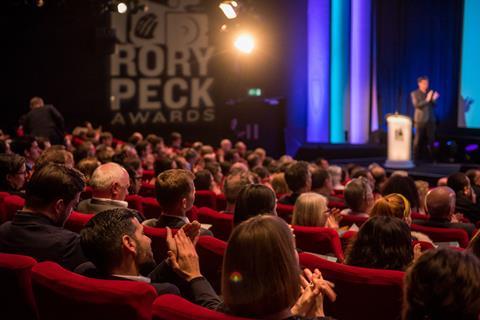 The Awards were established in 1995 to support and demonstrate why freelancers working in news and current affairs deserve recognition for their tireless commitment to journalism and storytelling.

This year’s finalists reported from all over the world, with all nine winning pieces celebrated for the freelancer’s dedication, bravery, and deep sense of commitment to share their stories.

The finalists presented ”eye-opening and shocking array of human emotions and experiences,” narrowed down from more than 100 entries from 69 countries, the evening celebrated the professionals behind and in front of the camera.

Faced with imprisonment, torture and exile, The Rory Peck Trust supports freelancers and awarded those outstanding contributions to international newsgathering.

The Awards were hosted at the BFI in London and presented by CNN senior international correspondent Nima Elbagir and Channel 4 News chief correspondent Alex Thomson.

Twenty-five year-old Nicaraguan freelancer Luis Sequeira was awarded The Rory Peck Award for News for his film Makeshift mortars vs bare bullets as Nicaragua resists an authoritarian regime, which captured the demonstrations and protests against the government of 73-year-old former guerilla Daniel Ortgea and its social security reforms. 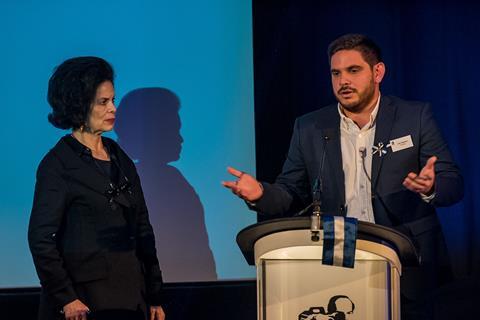 This award honoured the work of freelance camera operators in the coverage of a news event where the focus is on the immediacy of the story.

Sequeira was commissioned by Agence France-Presse and upon accepting the award he said he was “honoured” to be recognised for “this important work,” thanking the Rory Peck Trust for their support and recognition.

Judges from Sky News, Google, AP, BBC and CBS said: ”It was really powerful visual storytelling - and a story that I didn’t know anything about. He shot with so much humanity, the people trusted him and allowed him into their intimate moments, such as funerals and reunions.

”Sequeira’s work shows maturity and level-headedness, and a creativity that was really exciting.”

The award was presented by Bianca Jagger, founder and chief executive of the Bianca Jagger Human Rights Foundation.

Finalist Mikel Konate - who is a Spanish video journalist and filmmaker - was shortlisted for the second year running for his film Survivor Stories from Syria. He took to the stage to congratulate fellow finalists and said: ”Independent journalism is the essence of journalism,” adding the opportunity to work as a filmmaker gives him meaning and purpose to share these stories otherwise not told by mainstream media.

The Rory Peck Award for News Features was awarded to Kenyan-based Peter Murimi for his intimate and hard-hitting film that judges described as “emotional, remarkable and revealing.”

This award honoured the work of freelance camera operators in news features that look beyond the immediacy of the news. 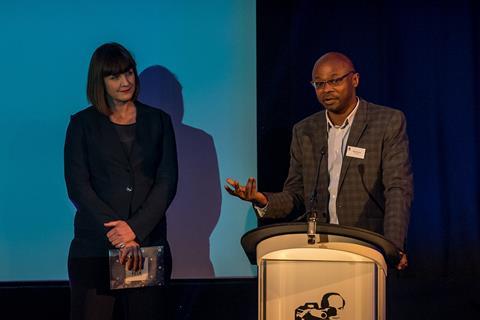 Murimi’s film Suicide Stories: Are Kenyan’s Men in Crisis?,  looks at the topic of modern masculinity in Africa,  investigating suicide amongst Kenyan men. Over the last 12 months, 70 people have taken their lives in Nyandarua and almost all of those who have committed suicide were men overwhelmed by financial troubles.

Channel 4 Unreported World series producer Sue Turton said: ”It was an incredible piece of work. The reason it stuck out to me was the subtlety and the way it was structured: film, script, music. It was all tastefully done. The most extraordinary part was the intimacy that Peter was able to achieve…It was incredibly engaging from start to finish.”

Upon accepting the award, Murimi took to the stage and said: “This was not an assignment, it was a responsibility

Mental health problems are poorly understood in Africa and counselling services are practically non-existent in that part of the world. Many people are too poor even to see a doctor and rely on traditional healers, Murimi humanised the “epidemic” of suicide.

This award recognises the work of freelance camera operators who examine an issue, story or situation which has an impact on viewers, policies, or public awareness. 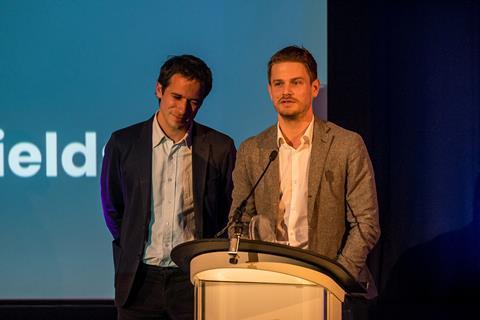 Commissioned by France 5, Boudot and Denizo worked together with Paraguayan scientists in a study investigating the genetic damage inflicted on children exposed to pesticides, by analysing soy, soil and water samples and attempting to trace the pollution back to its source.

This investigation attracted the attention of mainstream media in South America and triggered a national debate when it reached the Paraguayan Senate.

Judge and freelance producer and director Marta Shaw said: ”To me, this piece stood out from the rest. It was beautifully shot and having science at the heart of it gave it credibility. It ticked all the boxes.”

Upon accepting the award, Paris-based investigative journalism and documentary filmmaker Martin Boudot and his director of photography Mathias Denzio thanked the Rory Peck Trust and were “honoured” to be recognised for their social activism film.

Denzio said: ”I have a lot of respect to freelancers risking their lives on the front lines and I dedicate this award to activists who bring a louder echo [of these stories] to fight for the future.”

The final award of the evening was a non-competitive prize, awarded by the Trustees of the Rory Peck Trust. The Martin Adler Prize honours a local freelance journalist or field producer whose work with international media outlets has made a significant contribution to newsgathering, either through a single story or body of work.

The aim of the prize is to highlight the dedication and talent of local freelancers who often work under challenging and difficult circumstances within their own country, and who notably go largely unrecognised.

This year the prize was awarded to Mais Al-Bayaa whose work has made a valuable contribution to newsgathering. She is an Iraqi-British freelance investigative producer and journalist. 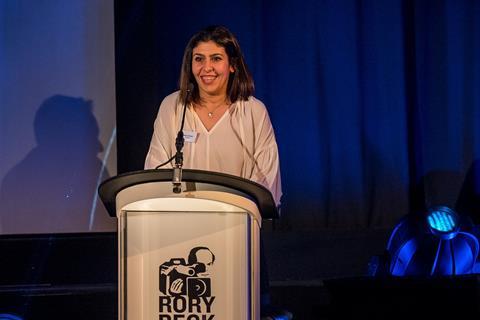 Working since 2003, she has covered human rights abuses, corruption and other social and economic issues across the Middle East.

Upon accepting the award, she explained how she overcame prejudices and doubt: ”I learned a lot, cried a lot but always stood up when I fell down.”

Judges commended Al-Bayaa for her ability to gain rare access to high-ranking whistleblowers and eyewitnesses to bring to light new information about abuses in Iraq. Her most recent work with BBC Panorama covered Syria’s Chemical War, an investigation into the use of chemical weapons in the civil war that has torn Syria apart for the last seven years.

“When the team was unable to gain access to Syria, she worked with locals on the ground, directing them on shooting the majority of the footage used in the film.

“The evidence gathered was the spine of this documentary.”