IBC2018: Broadcasters should face up to the onslaught of the digital giants by focusing on distinctiveness and innovation, argued Keith Underwood, Guest Chair of the Conference.

Digital giants Apple and Amazon may be ploughing billions into content, but there will always be room for smaller companies which innovate and are distinctive, Channel 4’s COO Keith Underwood argued at the opening of the IBC2018 Conference. 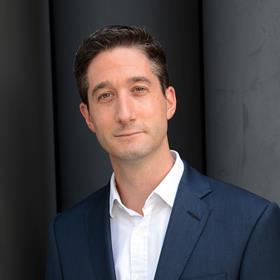 Underwood told delegates: “Scale alone is not sufficient for success. David didn’t beat Goliath by piling on the pounds. The victory came by being agile, nimble and deploying smart technology.”

The exec, who has taken on the newly-created role of Guest Chair for this year’s conference sessions, set the tone for the programme with a speech that focused on the response by established media businesses to the onslaught of the digital streaming giants.

Underwood, who helped transform the commercial pubcaster’s 4oD catch up service into the more dynamic All4, described the achievements and resulting scale of SVoD behemoths Amazon and Netflix as ‘awe inspiring’.

“The level of competition driven by these businesses has brought significant benefits for consumers, it has driven quality and choice, in what is now considered to be a Golden Age of TV,” he added.

However, he warned that the ascent of Facebook, Apple, Amazon, Netflix and Google - collectively known as FAANG - could come at the cost to local creative industries and new talent. Broadcasters, he warned, could not afford to be complacent.

“What is not in doubt is that established businesses need to respond and respond quickly.”

“Now, more than ever before, established content providers must compete head-to-head with new entrants, often with an imposing global scale.”

One response to the rise of FAANG has been the mega mergers which Underwood said were “fundamentally reshaping” the industry.

In the US these include mergers between AT&T and Time Warner; Fox and Disney; Discovery and Scripps; as well as the anticipated reunion of CBS and Viacom.

“No CEO can credibly claim to not understand technology and expect to stay in their job.” Keith Underwood, C4

In Europe he pointed to the battle for Sky and its 23m pay TV subscribers between Disney and Comcast.

“If only I hadn’t sold my Sky shares last year,” Underwood quipped, “I’d certainly be staying in a better class of hotel in Amsterdam.”

The former Discovery executive also highlighted national collaborations taking place between rival broadcasters in a bid to scale up, including France Televisions, TF1 and M6’s joint VoD venture Salto as well as the rumored VoD initiative between the UK’s three main terrestrial channels.

“It is entirely possible that many of our expert speakers could be colleagues rather than competitors by the time we leave Amsterdam on Monday,” he speculated.

In terms of where this leaves smaller players, Underwood said there were huge opportunities for niche operators with carefully curated propositions, citing the success of niche VoD player Walter Presents, which operates on All4 in the UK. “Distinctiveness can defeat scale,” he said.

Underwood predicted that the confidence to embrace new technology would be crucial in helping broadcasters maintain a competitive edge in a landscape that requires its operators to be nimble.

“No CEO can credibly claim to not understand technology and expect to stay in their job,” he said.