If 2017 was the year that smart speaker hype reached its peak, 2018 may well prove to be the year they will have moved into the mainstream, writes EBU Project Manager Ben Poor.

With global sales of smart speakers for 2018 expected to exceed 50 million units by some analysts, and projections of a total of 255 million installed devices by 2022, it’s clear that they are no longer just for the early adopters. 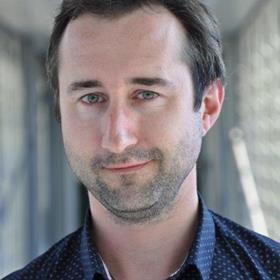 The ways in which people are using smart speakers are also becoming clearer. Recent research from both the US and the UK, two of the more mature markets, show that use of audio, and especially radio, dominates time spent listening to music and live radio streaming, as well as weather, traffic and news feature signiﬁcantly in actual usage.Many people use smart speakers in order to reduce time spent with a mobile device.

Something that entertains and informs, something that is available when needed and ﬁts around the other things that a person does throughout the day – this is absolutely what radio is, and always has been, good at.

One main selling point for smart speakers is the ability to interact with them, to request speciﬁc or related content. This is also something that radio is well positioned to deliver. It is already fast evolving from a linear, broadcast, channel oriented medium to a product that can be linear, non-linear, personalised, or on-demand in a variety of different combinations. Broadcasters have been enthusiastically

Embracing smart speakers as platforms for innovation in radio and audio, particularly those public service media organisations (PSMs) that make up the membership of the European Broadcasting Union (EBU). The majority of our members are investing to ensure current audiences can consume their existing channels through these new platforms and innovating around possible new user experiences and content.

Broadcasters such as Radio France and the BBC have been investing in how ondemand news brieﬁngs can most effectively work. Consumption of this kind of content on smart speakers is increasing, against a background of general decline on traditional devices.

Others, including Belgium’s VRT, are exploring how to mix a linear radio programme with on-demand, non-linear content; being able to ask for and branch out into more detail on a particular topic under discussion, before then continuing with the programme.

By being accessible on new platforms, and by also working to increase audience engagement, PSMs are acting as pioneers. They can help to guide the evolution of these devices, in their role as key content providers.

This ﬁts with their public service obligation: by seeking to serve society by enhancing, developing and serving social, political and cultural citizenship. This may take many forms; for example: working to extend the range of supported languages and dialects for voice-controlled platforms (including minority languages), ensuring that people with disabilities have equitable access to content or ensuring that access is based on the use of open standards, rather than proprietary interfaces.

Broadcasters generally, and the EBU’s public service members especially, have an opportunity to ensure that important new ways of reaching audiences are as available and accessible to future generations as broadcast radio has been in the past.

One of the ways that the EBU is helping to ensure accessibility for radio on new platforms is through its open.radio initiative. This promotes and supports new user experiences for radio, open to all broadcasters.