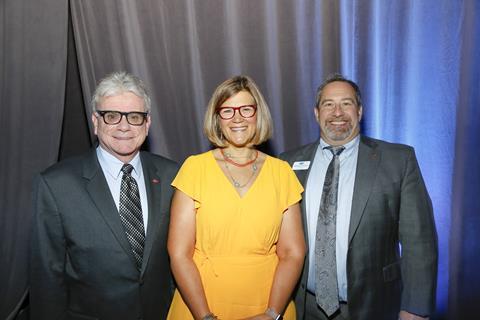 The strategic plan is focussed on better supporting the evolving global media and entertainment industry and sets new goals for standards, education and membership.

The announcement was made by SMPTE President-Elect Patrick Griffis who announced a new mission statement, which focuses on facilitating industry interoperability by setting industry standards, providing relevant education, and fostering an engaged membership community.

“I look forward to working with current and newly elected SMPTE Board of Governors leadership to achieve the ambitious objectives set out in this plan.”

In addition to announcing its new strategic business plan the Society has welcomed new officers and members to its Board of Governors for 2019 to 2020. The SMPTE Board of Governors will be responsible for overseeing the Society’s new strategic business plan with the collaborative aim to become a greater source of value for individuals and organisations.

SMPTE has linked is new goals to the organisation’s three pillars that include standards, education and membership.

Within its standards work, the Society will create a Knowledge Network environment that enables state-of-the-art standards-development processes while improving how content is discovered, accessed, and monetized.

Within its education work, the Society will continue to enhance its offerings to become the comprehensive resource for industry-relevant professional development. SMPTE will continue providing education on emerging technologies that professionals must understand for continued career success.

In continuing to build SMPTE membership around the world, the Society will focus on extending its presence at the local Section level and on ensuring high levels of volunteer engagement, including recognition of service, to create a more robust and diverse global community for its members.

Among the other topics covered at the Annual General Membership meeting, Lange provided updates on the status of membership and recent standards developments.

SMPTE Past President Wendy Aylsworth, the Society’s first female President, was recognised during the meeting for earning the prestigious Charles F. Jenkins Lifetime Achievement Award, handed out by the Academy of Television Arts and Sciences, which will be presented to her today at the Television Academy’s Engineering Emmy Awards ceremony.