Media and tech sector counts the financial cost of coronavirus

As coronavirus continues to spread around the globe, the financial impact is being felt by the media and tech sector through event cancellations, abrupt drops in ad revenue, share price falls, and disruption to production schedules. 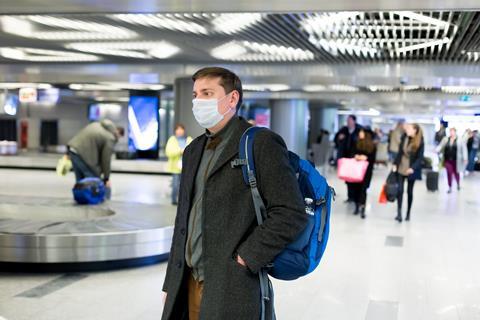 This month’s record stock market falls and sudden interest rate cuts have laid bare the profound and sudden impact that coronavirus is already having on the economy.

Media, technology and entertainment companies – large and small – have been caught up in the crisis as the outbreak spreads rapidly around the globe, affecting consumer behaviour, working practices and supply chains through to advertising spend and business investment.

The epidemic has sent shockwaves through the entertainment industry. President Trump’s decision last night to suspend travel from Europe (but not the UK and Ireland) to the United States highlighted the drastic measures that countries are now taking to combat the outbreak. So far 126,392 cases have been reported around the globe, with 4,639 deaths.

Here IBC365 rounds up the key areas of the media, tech and entertainment sectors that have affected by coronavirus:

Advertising and production
The fallout from coronavirus has weighed heavily on advertising agencies and broadcasters as the disruption to the global economy from travel bans and quarantines spread further afield.

ITV became one of the first to raise the alarm last week when it forecast a slump in advertising revenues of at least 10% in April as companies in the travel sector pulled advertising spend.

ITV added that the virus-related postponement of the delayed James Bond film No Time to Die, which had readied a substantial marketing campaign, would also hit revenues. ITV also has rights to Euros2020, which would further weigh on revenues.

Falling ad revenues will, of course, mean that broadcasters have less money to spend on content – threatening to curtail production activity around the world.

This comes as concerns mount about production schedules. TV and film production is a communal activity, involving large numbers of people travelling and gathering to create content.

It’s early days yet, but production schedules are already starting to be affected. CBS, for example, has temporarily shut down production of unscripted series The Amazing Race, while Paramount has delayed its planned three-week shoot of Tom Cruise’s Mission Impossible 7 in Italy.

Filming on Disney Plus series Falcon and the Winter Soldier has been shut down in Prague too. In the US, game shows Jeopardy and Wheel of Fortune are being taped without studio audiences as a precaution.

Box office, sporting and music events
Coronavirus has already affected the film, music and sporting sectors. The two countries with the highest number of cases, China and Italy, have temporarily closed movie theatres.

Box office grosses in China alone are reported to be down $2bn since cinemas closed in late January, according to estimates by trade paper Variety.

Studios and distributors have started to delay the launch of major films as the public begins to shy away from large scale gatherings. Eon Productions’ No Time to Die was among the first to react, postponing its launch from April to November. This week, Sony pushed back the release of Peter Rabbit 2: The Runaway from March 27 until August 7. In China, the release date for Mulan has been delayed indefinitely. 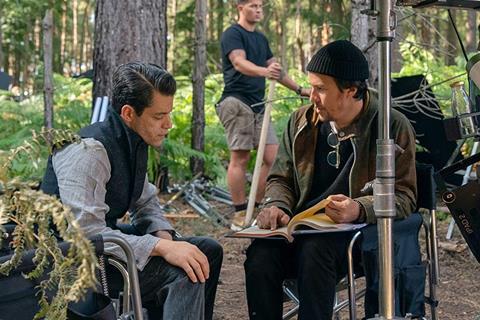 Bond film No Time To Die: Production halted due to coronavirus

Meanwhile, cinema exhibitor Cineworld Group is reported to have record short positions taken against it by traders as it grapples with high debt and concerns about the impact of coronavirus on box office attendance.

Major sporting and music events are also in the firing line, threatening to throw broadcasting schedules into disarray and to severely affect crucial advertising revenues.

In particular, questions are being asked about the two major sporting events set for 2020, the Olympics and Euro2020. UEFA is considering postponing Euro 2020 by a year due to coronavirus following pleas by several federations, according to reports this week.

A prominent member of the Tokyo Olympics local organising committee floated the idea that the Games could be delayed until 2021 rather than endure the costs of possible cancellation. “I don’t think the Games could be cancelled. It’d be a delay,” Haruyuki Takahashi told the Wall Street Journal. “The International Olympic Committee would be in trouble if there’s a cancellation. American TV rights alone provide them with a huge amount.”

In Italy, Serie A has halted play completely. Spain La Liga is playing its games in empty stadiums for the next two weeks. In the UK, Premier League football has already been affected. The Manchester City vs Arsenal game tonight has been postponed as a “precautionary measure.”

Elsewhere, Formula One has cancelled the Chinese Grand Prix, which was scheduled for April 17-19. The World Athletics Indoor Championships, set to take place this week in China, has been postponed to March 2021.

Globally, the list of cancelled or postponed events continues to mount as authorities look to limit large gatherings of people in confined spaces. As of publication (12 March 2020) they include: the NAB Show and CinemaCon in Las Vegas; the MipTV programme market in Cannes; US entertainment, tech and music festival SXSW; Hong Kong FilMart, Asia’s largest film and TV trade fair; the London Book Fair; French drama market SeriesMania; and the Prague International Film Festival.

The largest immediate impact has been on exhibition companies, says Edison Group analyst Fiona Orford-Williams, with large and small scale events being cancelled or rescheduled for later in the year. Share prices for UK listed exhibition organisers in this sector have fallen significantly: Hyve is down 55%, Informa and Ascential are both off 35% and RELX is down 16%.

The Royal Television Society’s flagship Programme Awards this month, meanwhile, are to take place behind closed doors and be live-streamed instead.

Avid said this week it will cancel participation in all trade conferences and other large face-to-face events globally for at least the next 60 days, including NAB Show 2020 and the Avid Connect 2020 conference in Las Vegas planned for mid-April.

Looking ahead, the Cannes Film Festival has said, for now, that it will take place in May, although this is likely to prove difficult as the French government has banned gatherings of more than 1,000 people.

Share prices
Coronavirus has caused the value of many media and tech companies to tumble.

In the US, the market caps of Disney, ViacomCBS, Lionsgate, Fox, AMC and Discovery have fallen sharply in the past month – with those most dependent on advertising hardest hit.

One of the more resilient stocks during the market crashes has been Netflix, with analysts suggesting the streamer could gain if consumers end up staying at home even more.

“With Coronavirus fears pushing consumers away from travel and out-of-home entertainment, Netflix could be a near-term beneficiary of this temporarily altered behaviour,” wrote Piper Sandler analyst Michael Olson last week.

However, companies like Netflix, along with video conferencing firms, are likely to be among the very few that are not severely affected by coronavirus.

If anything, the financial impact on the media sector is likely to become more pronounced in the coming weeks as coronavirus continues to spread.