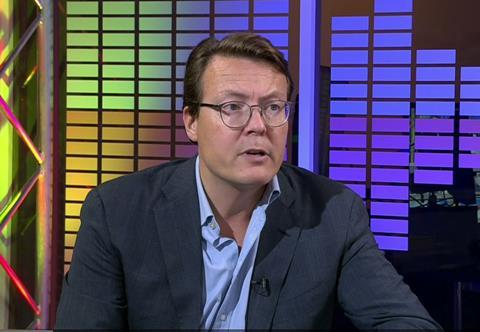 His Royal Highness Prince Constantijn is leading the StartupDelta in the Netherlands.

Prince Constantijn joined IBC at the inaugural Startup Forum and spoke as part of the panel ‘The Rules of Engagement’.

He said: “The aim is to create a much better startup, entrepreneurial and innovative ecosystem in the Netherlands.”

StartupDelta supports the unique connection between government, corporations and innovation hubs with the single vision to merge the Dutch startup ecosystem into a single engaged and connected hub across Europe.

“We are very startup focused, this is an educational process.”

Breaking down corporate barriers and improving startup companies ability to access talent, capital, networks, knowledge and markets to facilitate change across the economy to strengthen the emerging vertical and new markets.

“On all fronts, we are very indebted to people who take the risk to follow their dreams.”

Former Chief of Staff of the European Commission, Constantijn managed the digital transition and knowledge sharing of the emerging startup ecosystem.

“We kept hitting a wall when we would tell the story about digitals,” he said.

“Startups in Europe were a new concept, we had Skype and Spotify but it was not a movement yet.”

Constantijn foresaw the impact start-ups would have on the economy. “We tried to find actors who were change makers and found them everywhere,” Constantijn explained.

“Startups are really important for keeping our economies and society innovative, exciting and dynamic.”

“The biggest challenge for startups is to find the right corporate market fit,” he said.

These companies are ambitious and challenge the corporate fit, but they require executive investors and legacy business models to achieve their goals.

His background in management consulting and policy research enabled him to help set up the StartupDelta and champion the evolving ecosystem in the Netherlands, he hopes will become the startup gateway to Europe.

“Look at Europe, most of the big companies have been big in the past. That is a big part of continuity for our economy,” Constantijn continued, “You have to work with these companies, they’re the companies that have the big capital investment.”

He told IBC365: “Startups are people who don’t ask permission.

“What I like about them is they take considerable risk to follow their dreams and their ideas.”

Constantijn said his passion is driven on the ambition and fearlessness startups embody.

The benefit of startups collaborating with investors and big organisations is the engrained business models and supplier contact network often difficult for the startups to crack.

“If you are a startup these big companies can actually be a very good platform, big companies are good to reach new audiences and expand business.”

The dynamic relationships can vary, however the key to longevity Constantijn said is “having a good understanding of how the idea will actually create value and serve a large market…that I think is most of the challenge.”

The fast pace of change in the startup environment means an idea can be conceived in the morning and implemented in the afternoon.

“It’s a cultural thing, but there are also many inflection points at the accelerated levels,” Constantijn said. “Why don’t we go there and find our change agent and work with startups more”. 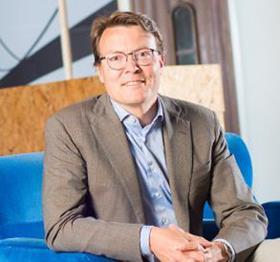 Constantijn van Oranje-Nassau leads StartupDelta, the accelerator for the startup ecosystem in the Netherlands and advises companies and the European Commission on their digital innovation strategies. He is a regular speaker at national and international tech conferences (like: Websummit, Slush, South Summit, OECD Forum, The Next Web, StartupFest Europe) and holds a number of positions in both the public and private sector.