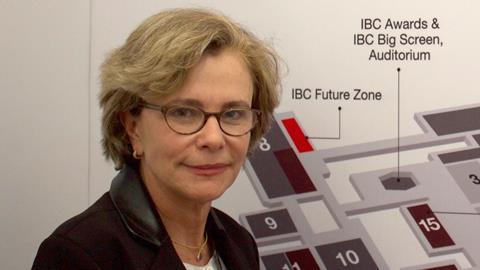 South American broadcasting is facing similar disruptions to the global market, but the challenges have a local flavour.

Liliana Nakonechnyj is president of SET, the Sociedade Brasileira de Engenharia de Televisão, and a member of the IBC Council.

Here she discusses the technology issues facing broadcasters and media companies across Latin and South America.

“The South America industry has the same issues as the rest of the world, although maybe we are delayed in time,” she said. “In many, though – and especially Brazil – television is very important and very successful. TV Globo is one of the largest and most successful networks in the world.

“It is not original to say it, but consumer habits are changing,” added Nakonechnyj. “So broadcasters have to adapt, and this is difficult for everyone.”

She pointed to the strong tradition of in-house production by broadcasters in the region, which has resulted in quality programming, attuned to the needs of the local culture. “Now, though, there are new production companies, and money from new players like Netflix and Amazon.

“Production companies have more outlets, so there is an explosion in the number of production houses,” she said, adding “But not all will succeed. It does make it a challenging world, especially for those who were the most comfortable – the broadcasters.”

City centres have excellent connectivity: São Paulo, for instance, has fibre to the home in the city centre, along with excellent 4G mobile coverage. But on the outskirts of the same city there is little provision. So broadcasting is likely to remain the most popular and convenient delivery platform for some time to come.

Nakonechnyj was clear that this situation did not mean that the region was static. “People in South America love to watch television – and they love to be early adopters!” she said.

So Ultra HD broadcasts are already available, for example, but only in the most active economic areas. That in itself shows a new approach to technology. “In the past new technologies had to be introduced everywhere,” Nakonechnyj pointed out. “That cannot happen now.”

SET is active in providing support for regional media companies as they face the challenges ahead. “We have to understand, to help the strategic decision-makers on what needs to be done and when,” she said.

“When is the most difficult question. When to go IP? When to go to Ultra HD for the lean-back experience? When to go from capex to opex?

“We are promoting a UHD forum to help the broadcasters, the telcos, the producers to understand and plan. We have a very good free-to-air broadcast television system with ISDB-T and HEVC. It is a good first generation digital system because we started late. So now we have to think about what comes next.”

Planning for the future

The role of the IBC Council is to provide strategic guidance for the event, and in turn make it the natural global forum at which these sorts of questions are debated and experiences shared. “We have to see what makes sense for our market,” Nakonechnyj said. “We have to learn from others.”

The media industry in Latin America is facing strong challenges: not just the technology challenges in its own hands, but the need for development in the broader world of communications and connectivity. But, according to Liliana Nakonechnyj, the industry is facing up to its challenges.

“People are really serious about this, they are trying new things,” she said. “We are not shirking from it.” 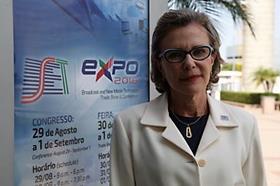 A large part of her professional life has been dedicated to deploying television distribution systems, initially analogue, and later digital – terrestrial broadcasting stations as well as radio, satellite and fibre optics based contribution and distribution systems.

Also, for many years, she was in charge of engineering support for broadcasters affiliated to TV Globo.

She has always been interested in promoting new technologies, leading studies and tests for the introduction of digital television in in Brazil between 1994 and 2006, and demonstrations and tests of UHDTV in more recent years.

She is a member of the National Council for Social Communication, an auxiliary body to the Brazilian Senate.