Futurist Amelia Kallman reports from CES 2020 on the good, the bad, and the strange. 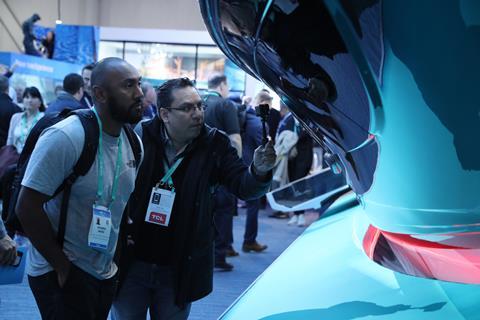 CES 2020: Attendees explore the latest developments in AI and the next generation of intelligent, autonomous machines

The largest technology conference in the world, CES covered 2.9 million square feet of Las Vegas for four days this January. With over 4,500 exhibitors and 180,000 attendees, there’s quite a lot of competition to get noticed. From the start-ups at Eureka Park to the heavyweights of automotive at the Las Vegas Convention Center, these are just a few of the great new ideas, trends and technologies to expect in 2020 and beyond. And a couple of the questionable ones too.

My favourite place to start is Eureka Park because at my first CES I went there last and realised fast that was a big mistake. Here ideas, risk, and occasional brilliance converge with over 1,200 start-ups and entrepreneurs debuting their dreams incarnate.

Health tech has been on the rise for a while, but this year it seemed to be everywhere. There were some weird ones, like a wearable device and app that sends you alerts when it thinks you should go to the bathroom. But then there were also things like IASO by WellsCare that addresses an old problem in a new way. The IASO is a wearable device for pain management that doctors can prescribe to patients instead of addictive pain medication. Based on clinical research and studies, the discreet wearable uses low-level cold laser therapy to open blood vessels, reducing inflammation and increasing blood flow to relieve pain within a matter of seconds. While it works in the short term, research indicates that it can also help condition the body for long term relief as well.

It might be a bit of a stretch to call EnvisionBody health tech, but it does address motivation in both fitness and weight loss and is one of the best uses of augmented reality I’ve seen. EnvisionBody uses AR to let you see what your body could look like if you lost weight or gained muscle mass. They hope to incorporate the software into fitness equipment, weight loss apps, and the offices of cosmetic surgeons.

Also noteworthy from Eureka Park: Hyler is a student-friendly highlighter that digitally records anything you highlight on paper instantly. In sound tech, AudioScenic’s Virtua is a soundbar that delivers controlled and independent sound beams directly to your left and right ears, rather than bouncing sounds off surfaces, making it easier to develop and design ambisonic soundscapes for gaming and entertainment. In virtual reality, Thermo Real integrates with VR accessories to bring thermal feedback to the face, hands and arms, introducing temperature to the metaverse.

Robo-stop
I thought Japan’s Gatebox was pretty cool until I investigated further and then got a bit creeped out. From appearance, it’s a machine learning IoT device that uses backlit projection inside a dark transparent box to give the illusion of a 3D character you can communicate with. While in the West it is being billed as a digital concierge for hotels and events, in Japan Gatebox houses the tall, slim, blue-haired Azuma Hikari. Described as a ‘comforting bride’, Azuma is 20 years old, calls you ‘Master’, and is surprisingly eager to help you relax.

Meanwhile, at the Las Vegas Convention Center there were a range of robots offering a different kind of love. Liku, a ‘baby robot’ with big eyes, enjoys cuddles and being dressed up. Jennie is an animal-tronic labrador by Tombot that’s designed to be a companion for seniors with dementia, children with autism, and people with PTSD. Pudu’s BellaBot and LG’s CLOi are virtually indistinguishable from each other, accept that BellaBot has ears and whiskers. They are both robotic waiters, but BellaBot also likes to be pet. In general, the robots at this year’s CES concentrated less on mobility, and more on the quality of human interaction, which I found refreshing.

Intelligence of Things
In an opening keynote by CTA Research it was declared that ‘IoT’ no longer means the ‘Internet of Things’, but rather the ‘Intelligence of Things’. Now that everything is connected to the Internet of Me (my own term), the focus is on how these smart objects use our data to increase personalisation. But as objects become smarter, and in turn more like us, our relationship to these technologies will inevitably morph.

Perhaps the best example of this evolving relationship was seen in the surprising collaboration between Mercedes Benz and film director James Cameron, an exhibit that could easily be written off as a gimmick, but actually has given me a lot to think about. The Vision AVTR is an Avatar-inspired concept car that is modelled on animal movements and behaviours, playing on the idea that cars will become more like ‘travel mates’ as they become smarter and more emotional.

“An emotional car?” you might ask. “Do we really want that?”

It’s a good question. But it is the natural evolution of this ‘make it smarter’ era. As autonomous vehicles remove our need to pay attention to the roads, a personalised travelling companion that communicates with you might become welcome. The AVTR ‘expresses itself’ through lighting and 32 independently moving scale-like flaps where a back windshield might normally be. Notably, there is no steering wheel, but instead, a control panel running through the centre of the car where you place your hand to connect the car to your biometrics. If you lift your hand a menu is projected onto your palm to select different driving functions. What’s most impressive about the Vision AVTR is that the car actually works and was driven down the Las Vegas Strip at the opening of the show.

Road to autonomy
When it comes to autonomous vehicles everyone was debating where we really are on the scale of autonomy. They’ve broken it down to 5 levels, where Level 1 is Driver Assistance and Level 5 is Full Automation, and Levels 2-4 are where insurers and regulators are losing their minds. According to industry experts, we are somewhere around Level 2, maybe ‘2+’ now, known as Partial Automation. To get to the next levels we can anticipate quite a lot of oversight and red tape in the years ahead. 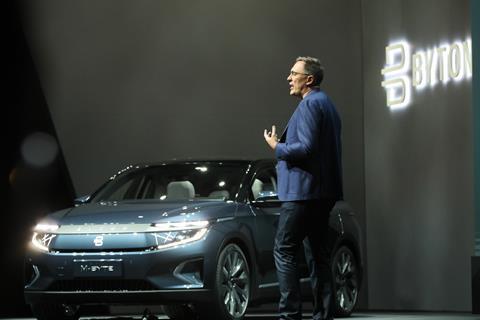 That said, Hyundai and Uber Elevate seem surprising optimistic about getting their urban air mobility (UAM) electric vertical take-off and landing (eVTOL) flying taxi concept off the ground by 2023. Resembling a helicopter, the S-A1 has the capacity for 4 passengers and 1 pilot, has a cruise speed of 150-180mph, and a maximum range of 62 miles. Also in this space, we saw the Bell Nexus 4EX flying taxi and Aeronext’s person-carrying Flying Gondola. While these are all very exciting in concept, considerations such as weather, pollution, drones, affordability and environmental impact are all questions that will need to be answered and consistently reassessed. Again, the regulators are going to be busy.

From the smallest start-up to the biggest corporation, this year a vision of the decade to come really started to shine through the chaos that is CES. As we prepare to live in a world more populated than ever before, new concerns and lessons will certainly arise. Technology will play a huge part in how we shape the world of tomorrow, and this year’s CES gave me hope that we have what it takes to address some of these future issues today.